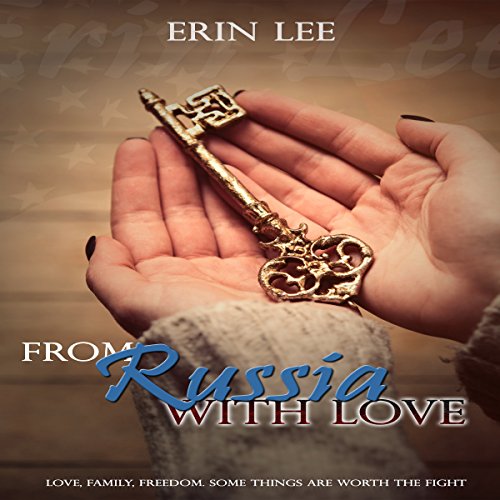 From Russia, with Love

Ahha (Anna) Antipova was four years old the day her strung-out mother left her and her brother alone on the side of the road. After a year spent in a Russian orphanage, the siblings were brought to America by English-speaking people who promised a safe, forever family. Learning a new language and culture was nothing to Anna, who grew into an overachiever in a home with strict rules.

As the primary caretaker to her adoptive parents' blood children, Anna spent most of her teen years doing anything she could to please her parents. In fact, she excelled in most everything she touched. Abram, her brother, went the other way, stirring up trouble and expecting his younger sister to clean up his messes. She didn't mind, it was only another year or two, she reasoned. Besides, he's all she has.

Two weeks before her high school graduation, Anna sat in an emergency room surrounded by strangers. With permanent scars earned at the hands of her adoptive mother, she needed to escape a home that was no longer safe. The problem was she was only 16. A minor with no legal rights to emancipate herself, Anna struggled to find a way out. Counting on the kindness of strangers and her boyfriend, Elliot, Anna found herself desperate to see her own life. But it was not easy. With the system working against her, for now she could see no escape.

Anna saw her chance the day a National Guard recruiter showed up at her high school. With graduation on the horizon and nothing stopping her from finally being with Elliot, she became courageous. Enlisting was the easy part. So was boot camp.

The true battle began when she had to convince Elliot to wait for her while she completed her MOS training and pending deployment.

Now, they face the challenges of a long-distance relationship, young love, and strains most couples would crumble beneath. But Anna is a soldier, fiercely set on her mission to keep Elliot's love. He is, she reasons, all she has.

What listeners say about From Russia, with Love