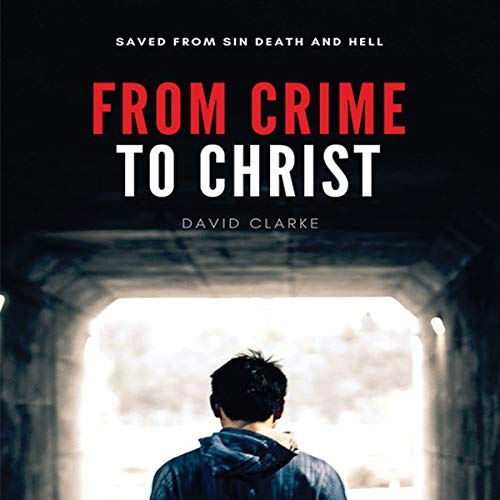 From Crime to Christ

This new publication seeks to bring attention to some of the many issues relating to Christian beliefs and practice the author encountered on becoming a Christian. He relates his personal testimony of how he was converted from a life of crime to follow the Lord Jesus Christ on January 16, 1970, and he clearly shows Lord Jesus Christ is presented to us in the Bible as the only savior of sinful men.

He clearly identifies the Bible teaching of God’s predestination of all things. God knows all things, from the beginning to the end, for God predestined all things. In this work, man is held responsible for his thoughts, actions, and deeds. Man has no excuse.

David shows how he learned that the word of God, contained in the Old and New Testament scriptures, has been preserved in the text underlying the Authorized Version of the Bible, which is a good translation.

David relates how he discovered the departure from the Christian view and New Testament teaching of the distinctive roles of men and women in the Church has brought about much confusion in the world and church.

David believes Christian morals are taught in the Bible, that they often conflict with the men of the world, and that governments cannot change, alter, or determine the rights and wrongs in moral values. The Christian must be governed by biblical morality and not secular men.

In seeking to teach the gospel, David has found the only way to communicate gospel truth is by personal discussion, debate, and keeping to the main tenets of the gospel. These tenets are the person and work of Jesus Christ, his death and resurrection, and to reason from creation of the world and clear statement of truths taught in Genesis is the best way. Let God the Spirit do his work in bringing conviction to men and leading them to Christ.

David has come to an understanding that biblical prophecy concerning the last days do not refer to the end of the material world but the end of the Jewish ages and rule by Moses brought about by the destruction of Jerusalem and the Jewish temple in AD 70.

David also realizes adherence to the teachings of Roman and Anglicanism come short of New Testament Christianity. A man must be born, and this is not affected by water baptism; a clear distinction must be made between the two. The new birth is necessary to see spiritual things.

David teaches and believes the importance to take the Bible literally where it speaks on literal things, like the creation, Noah's flood, and the destruction of Sodom and Gomorrah, for by this, we build upon the revealed attributes and character of God.

What listeners say about From Crime to Christ