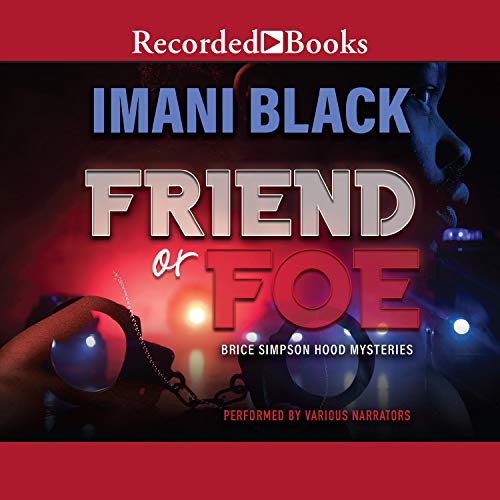 When former drug kingpin Keith "Big K" Turner is released from prison after serving 16 years, things aren't as they once were. Not only has the neighborhood he once reigned over changed; his entire family has changed as well. When his wife, Desiree, is found murdered, all fingers point to Big K's enemies in the streets. But that may be just the way the killer wants it to seem.

When Detective Brice Simpson, the newly dubbed "hood detective" takes the case, he sets out to find the killer just like with any other case. But Detective Simpson soon finds himself up against some of the hood's most dangerous people, some of whom he grew up with. With his loyalties being tested, Detective Simpson soon realizes that no matter how street smart he is, no one in the hood can be eliminated as a suspect in Desiree's murder.

Detective Simpson must navigate the seedy underworld to find the killer before more bodies start piling up. But first, he must fight off the demons of his past and decide where his loyalties lie - with the NYPD, or with the hood he grew up in. With a list of suspects that include a husband, a daughter, a son, and some of the most dangerous street enemies, Detective Simpson will have his work cut out for him. Will he survive, or will someone try to eliminate him before he gets too close to the truth?

What listeners say about Friend or Foe

The characters where very under developed and so was the story. There was no depth whatsoever no intrigue, no big WOW moment... and all three narrators where awful. I have read a lot of urban fiction novels and this is my first time reading something from this particular author. I will not compare this author to others, i just really didn't like this book.