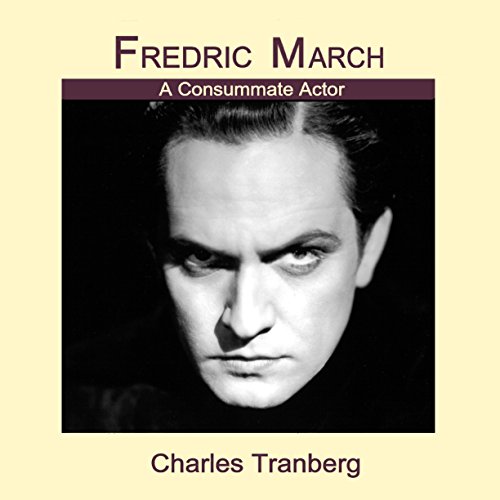 Fredric March (1897-1975) was one of the most dynamic and versatile actors of his time. On the screen, he created memorable performances in such classic films as Dr. Jekyll and Mr. Hyde, Death Takes a Holiday, Les Miserables, A Star Is Born, Nothing Sacred, One Foot in Heaven, The Adventures of Mark Twain, The Best Years of Our Lives, Death of a Salesman, and Inherit the Wind.

Along the way, he was nominated five times for an Academy Award and won the coveted statuette twice. He had an equally distinguished career as a stage actor - appearing in such acclaimed Broadway productions as The Skin of Our Teeth and Long Day's Journey Into Night - winning two Tony Awards - including the very first presented to an actor. Despite this great record of success, Fredric March isn't as well remembered today as some of his peers (Gary Cooper, Cary Grant, James Stewart) because unlike them, he never developed a recognizable screen persona that followed him from film to film.

He was always characterizing - always hiding his own personality behind that of the character he was portraying. He was the consummate actor who richly deserves to be rediscovered.

What listeners say about Fredric March