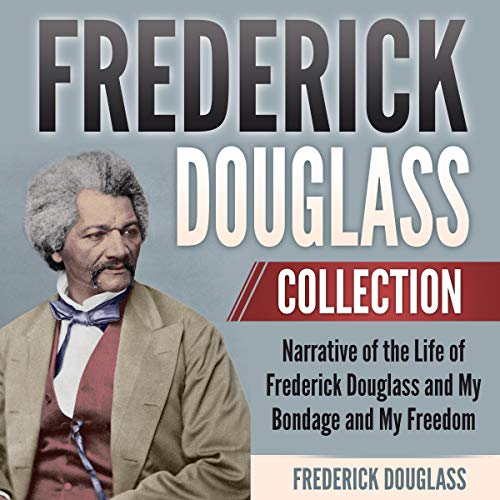 Narrative of the Life of Frederick Douglass is an 1845 memoir and treatise on abolition written by famous orator and former slave Frederick Douglass during his time in Lynn, Massachusetts. It is generally held to be the most famous of a number of narratives written by former slaves during the same period. In factual detail, the text describes the events of his life and is considered to be one of the most influential pieces of literature to fuel the abolitionist movement of the early 19th century in the US. Narrative of the Life of Frederick Douglass encompasses 11 chapters that recount Douglass' life as a slave and his ambition to become a free man.

My Bondage and My Freedom is an autobiographical slave narrative written by Frederick Douglass and published in 1855. It is the second autobiography written by Douglass and is mainly an expansion of his first, discussing in greater detail his transition from bondage to liberty. Following this liberation, Douglass, a former slave, went on to become a prominent abolitionist, speaker, author, and publisher.

One of the best audiobooks...

This is without doubt one of the most interesting audiobooks I have ever had.

I did not like the voice of the narrator too much, but I still listened to the book almost in one go because it was so interesting.

I have allready read and reviewed another book on Frederick Douglass, but this collection is even better and more detailed / comprehensive.

It is a fascinating first hand account depicting the unbelievable treatment slaves had to endure.
Douglass shows that it was not a contradiction in his day to be both a "good Christian" and the master of slaves at the same time.

The second book provides more details on Douglass' family / background and a very personal account of his escape. We learn that
slaves were murdered without any consequence at the time and get a definition of slavery - what it is and what it is not.

In his speeches, Douglass used the law to argue effectively against slavery. The book also contains a letter from a slave to his (former) master. The letter is unmistakably clear and I found it both disconcerting and very moving. The former slave asks the master about members of his family and their whereabouts. So slavery definitely destroyed families.

This book is no light entertainment, but I found it very interesting. Highly recommended.

This book contains some of the most profound words I've ever heard. At times, I became so emotional that I had to take a break from listening.

This is a very good compilation of Frederick Douglas books.There is a lot of information.It is sometimes hard to lsten to but it should be listened to.He had a hard life but he came through and his works teach us how people thought in that day. I like narration by Kevin Theis. I was given this book by the narrator,author or publisher free for an honest review.