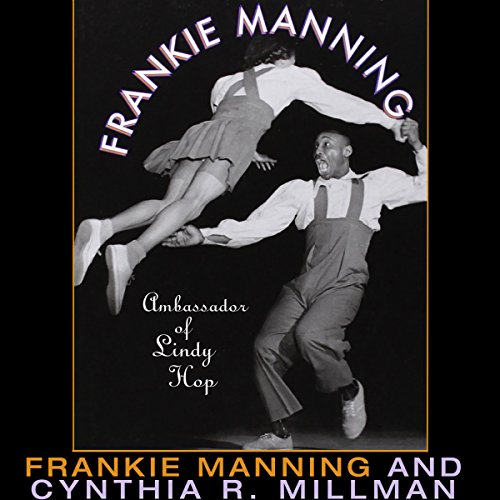 In the early days of swing dancing, Frankie Manning stood out for his moves and innovative routines; he introduced the air step in the Lindy hop, a dance that took the US and then the world by storm. In this fascinating autobiography, choreographer and Tony Award winner (Black and Blue) Manning recalls how his first years of dancing as a teenager at Harlem's Savoy Ballroom led to his becoming chief choreographer and a lead dancer for Whitey's Lindy Hoppers, a group that appeared on Broadway, in Hollywood musicals, and on stages around the globe. Manning brings the swing era vividly back to life with his recollections of the crowded ballrooms and of Lindy hoppers trying to outdo each other in spectacular performances.

"This vivid memoir by one of swing dancing's innovators and stars is a must for lovers of dance, jazz and African-American history." - Publishers Weekly

"Sit down with the book and you will feel you've sat down with Frankie in person to hear the wonderful story of his life." - Swing Dancer Magazine

"Essential reading for anyone interested in this rich period in the development of America's indigenous dance and music." - Dance Magazine

What listeners say about Frankie Manning: Ambassador of Lindy Hop

One of the best audiobooks I've listened to

After a series badly chosen audiobooks, I gave this one a change, and boy was this a nice surprise!
I'm a beginner Lindy Hopper myself, so being able to take a peek at how it all began gave me a lot of joy.

I felt like I was there, with all those Lindy Hoppers. This really is a beautiful story, especially for fans of Lindy Hop.

Found the book a bit too thick for me before finally settling on it at Audible. It has been a wonderful experience listening to the tale of a Lindy Hop Master.