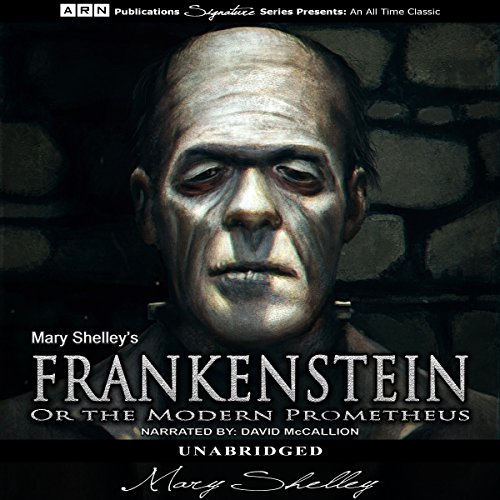 Frankenstein, or The Modern Prometheus

Following the framework of a tale within a tale, Mary Shelley's novel Frankenstein, which features the subtitle The Modern Prometheus follows the scientific - and at times horrific - exploits of Victor Frankenstein. Victor studied alchemy in college, and after a mere two years he figures out that he can put human body pieces back together and restore the entire corpse to life. With this newfound revelation is born the monster, the character that has haunted television, movies, and minds since the book's publication in 1818. Victor is first made aware of the threat that is his monster when the unsightly being kills his younger brother, a murder for which the Frankenstein family servant is blamed.

After this event, both Victor and the monster flee in search of peace. But when they meet up, the monster tells Victor that he is lonely and that it torments him that he is not accepted by society. Victor promises that he will provide the monster with a female to take away his loneliness. But when Victor does not come through on his word, the monster gets revenge on the Frankenstein family in one of the most heart-wrenching ways possible. As Victor and the monster become practically indistinguishable from one another, the listener learns of the heartache that can be caused by alienation and solitude.

What listeners say about Frankenstein, or The Modern Prometheus

Excellent narration. The story was very good. The description of the various setting felt like I was in the setting. My imagination , as the narrator read made me wanting to continue reading.

The audio stopped before the end of the book. None of the text at the end from the boat and the ending itself was included in this audio book. My plan now is to ask for my money back and cancel my Audible subscription.