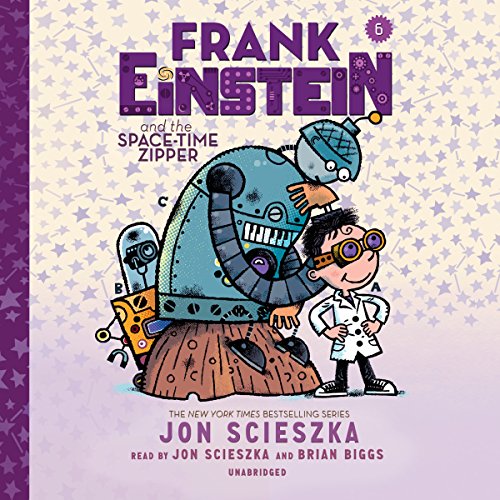 Frank Einstein and the Space-Time Zipper

Frank Einstein (kid-genius, scientist, and inventor) and his best friend, Watson, along with Klink (a self-assembled artificial-intelligence entity) and Klank (a mostly self-assembled and artificial almost-intelligence entity), once again find themselves in competition with T. Edison, their classmate and arch-rival, this time studying the science and mysteries of the universe!

What listeners say about Frank Einstein and the Space-Time Zipper