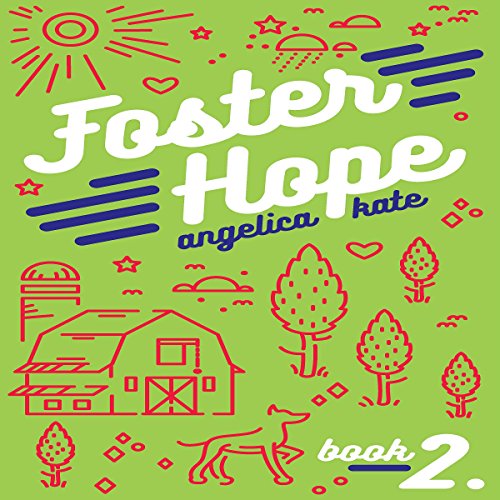 This book is part of a series, but can be heard as a standalone without a cliffhanger.

Before her death, Mama Jean, as she was fondly known by the foster children she took in, set in motion the plans for the Hertzel-Mendall Family Farm, a community established to offer homes to families that fostered children. The "Farm" offers therapeutic, recreational, and many other services all in one place to achieve the best outcomes for children in the foster care system. "Mama" Jean Hertzel fostered teenagers who had run out of options; teens who were considered unadoptable mostly due to their ages, but sometimes for other reasons. She gave them a chance when they were out of chances. Through the years, six of those young people made it all the way through her innovative program, and this group tight as any biological family, were named in her will as the team to assume not only her wealth, but the weight of caring for the oversight of the Farm. Each of them have overcome big odds, and each book in this series allows us to be part of their world for a little while.

When their parents died in a plane crash, Nick and his identical twin, Nate, end up bouncing around foster care, always trying to find a way back together. No one wants two teenage boys, until the night Mama Jean made them a deal they couldn't refuse. Now he has finished college, and is the new baseball coach and teacher at his old high school. Excited to have landed a job so close to his home and responsibilities on the Farm, he arrives ready to help the teenagers he surrounds himself with daily. The last thing he expects is to run into Hope, the girl that had left Mama Jean's program without any explanation years before.

Hope Garland is the soccer coach at the high school. The last thing she ever wanted to do was come face to face with Nick Buckman again and have to finally explain what had happened to cause her to walk away from the one place she had been truly happy.

What listeners say about Foster Hope