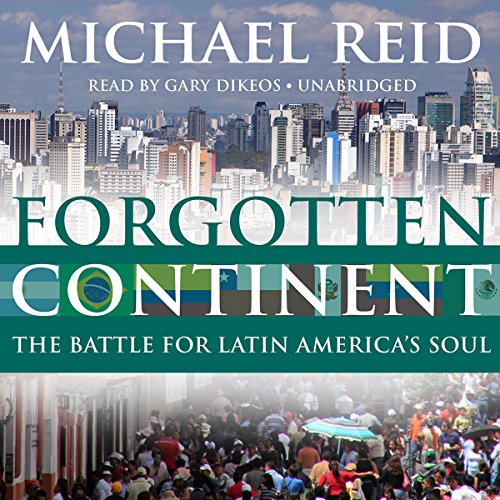 Latin America has often been condemned to failure. Neither poor enough to evoke Africa’s moral crusade nor as explosively booming as India and China, it has largely been overlooked by the West. Yet this vast continent, home to half a billion people, the world’s largest reserves of arable land, and 8.5 percent of global oil, is busily transforming its political and economic landscape.

This book argues that rather than failing the test, Latin America’s efforts to build fairer and more prosperous societies make it one of the world’s most vigorous laboratories for capitalist democracy. In many countries—including Brazil, Chile, and Mexico—democratic leaders are laying the foundations for faster economic growth and more inclusive politics, as well as tackling deep-rooted problems of poverty, inequality, and social injustice. They face a new challenge from Hugo Chávez’s oil-fuelled populism, and much is at stake. Failure will increase the flow of drugs and illegal immigrants to the United States and Europe, jeopardize stability in a region rich in oil and other strategic commodities, and threaten some of the world’s most majestic natural environments.

Drawing on Michael Reid’s many years of reporting from inside Latin America’s cities, presidential palaces, and shantytowns, this book provides a vivid, immediate, and informed account of a dynamic continent and its struggle to compete in a globalized world.

“[A] comprehensive and erudite assessment of the region…While the social and economic face of Latin America is becoming more attractive, political life remains ugly and, in some countries, is getting even uglier.” ( Washington Post)

What listeners say about Forgotten Continent

Very in depth political, economic, and historical analysis of the region as a whole.

Very in depth political, economic, and historical analysis of the region as a whole. If anything the contents of this book are too heavy to digest just by listening to the audiobook. I had to listen some chapters twice in order to understand all the facts being discussed.
The book was written sometime in the mid 2000s. Many things have changed since then. Chavez was still alive when the book was finished.
I think the author is a little bit on the conservative side and more pro-business but always staying objective and provided the big picture on all sides of the story. This isn't a surprise since he worked as a writer for the Economist.
I really enjoyed this book and learned a lot about my own country and region.

As a reporter for the Economist - (I'm a subscriber) Michael Reid presents good info on Latin America with a slant on economics. I have no problem with his view point that Hugo Chavez is a corrupt populist in the tradition of preceding generations of flawed head's of state.

The problem with the book is disorganization. He skips around from country to country when discussing various topics, with the end result of the listener having a problem retaining the info. The topics are often blurred in a hodge podge of issues. Had the book been organized by country it would have been easier to follow.

When I picked this up, I was expecting a survey of recent Latin American history. But the fact is the author focuses mostly on ideologies and economic policy and reveals his person party leanings dozens of times. The topics meander from place to place and time to time and is full of generalizations about the entire region. It is noteworthy that in a book whose introduction informs the read there is a lot more going down than the reader (who is presumably American) reads in the news, then the author proceeds to give an account that exclusively follows stories that could be learned through newspaper archives.

And yes, the substantive history is more than just stilted, it never goes in depth, has many gaps, and in several cases is simply factually inaccurate.

I rarely advise to throw out a book completely, but a casual reader of history would find this slow, boring, and would be mislead. While a pro would find little substantive information to take away from it.

In depth look at South America throughout the 20th century. Pleasurable listen with comprehensive analysis.

This is a jumbled book with good content within. However the organization is very hard to follow though it does improve after the first few chapters. Should be rewritten so every country is a chapter instead of mix them confusingly.

The author is a writer for the economist and had many economic insights. He is a neoliberal in ideology so provides rather plain and mainstream insights into the region. The book gives a good surface level understanding of the economy and history of most Latino countries.

I’d say this is worth a read if you are interested in the region but be prepared for disorganization that books the book feel more like a collection of articles than a full textbook.