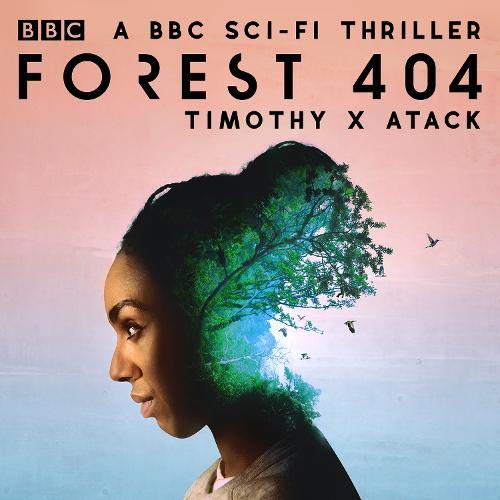 Can you feel loss for something you've never known?

Meet Pan. She lives a few centuries from now, in a future beyond a data crash that wiped out most records of life from before the 23rd century: the Cataclysm. Her job is to sort through the old sound recordings that survived from before the crash - from the Slow Times. When winters were still cold. When the USA still had people in it.

All day she listens to sounds from the Slow Times, and she decides which noises live and which can just...finally die. Deleted to make space. Because data costs.

But when she finds an old recording of a rainforest, she has no idea what it is. Because forests no longer exist. And the sound of it haunts her - she is compelled to hunt down the truth about how the forests of the old world died. But the agents of new world have other ideas....

Each episode is accompanied by a talk which looks at the issues raised by the drama, featuring a diverse range of speakers: musicians, bio-futurists, anthropologists and tree-climbers. They explore questions ranging from 'Why should I listen to trees?' to 'Would you vote for an AI government?' and 'What is death in the digital age?'

Each episode also comes with a soundscape of natural world environments, mixed in binaural sound for an immersive headphone experience. You can hear the sound of the Sumatran rainforest, the songs of whales, a chorus of frogs and a full playout of Bonobo's specially composed theme music.

Lastly, this release includes an exclusive bonus documentary episode, which looks at the making of the series, featuring interviews with writer Timothy X Atack and director Becky Ripley. It also shares the findings of The Forest 404 Experiment: a related project in collaboration with Exeter University and the Open University, about the effects that different natural sounds have on our moods and mental health.

With theme music by Bonobo

What listeners say about Forest 404

I loved this series! I devoured it from start to finish. I love Pearl Mackie!! But I really loved the storytelling and the sharp curves along the way too.

This really is a brilliant piece of work. An incredibly well thought out story accompanied by some really thought provoking non fiction and lustrous sound scrapes. The making of doc at the end is well worth a listen to fully understand the art that goes in to crafting something like this. We'll done to all involved.

‘Can you feel loss for something you've never known?’

‘Forest 404’ is a science fiction thriller written by Timothy X Atack. It is performed by Pearl Mackie, Pippa Haywood, and Tanya Moodie with additional material by its creators.

It was originally broadcast on BBC Radio 4 in March 2019 and has now been released in an audiobook edition.

As for the plot - Pan lives a few centuries from now where a data crash has wiped out most records of life from before the 23rd century. She is an archivist whose job is to sort through old sound recordings that survived from before the crash - from The Slow Times. She has to decide which sounds will be retained and which deleted forever.

When she finds an old recording of a rainforest, Pan has no idea what it is because forests no longer exist. She is haunted by these sounds and feels compelled to discover how the forests died. Yet there are agents of the new world order who vehemently oppose such curiosity.

This was an incredible listening experience that was also extremely thought provoking in terms of the ecological and social issues it raised. I found Pan a fascinating character. Given that the Greek God Pan is linked to nature, it felt a fitting name for a character seeking the lost forests.

I found the podcasts informative and the soundscapes exceptional. I was especially haunted by the birdsong that formed an ongoing motif in the music composed for the broadcasts. The closing documentary revealed that its original recording made in Sumatra was an important inspiration for Timothy X Atack when he came across it in the BBC sound archives.

I really cannot recommend this highly enough. It is science fiction at its best, raising fascinating questions about the future within a compelling narrative. I initially received a review copy from Penguin Random House U.K. Audio and purchased my own copy on release.

a highly compelling story, great pacing. character performance caught me off guard as it was so good. the only thing that let this down was the none sorry based content. this could have all been left until the story hays played out. if I wasn't pulled out of the story so much, this would have been all 5 stars.