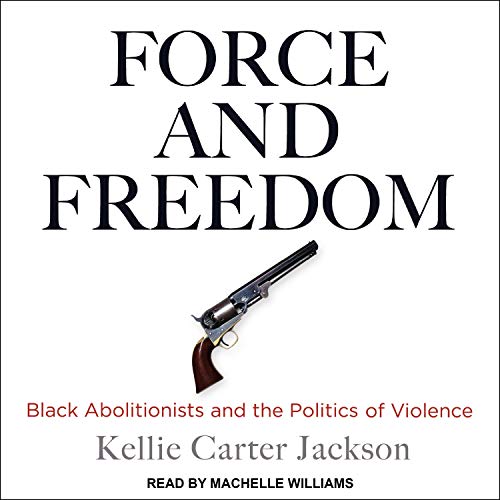 From its origins in the 1750s, the White-led American abolitionist movement adhered to principles of "moral suasion" and nonviolent resistance as both religious tenet and political strategy. But by the 1850s, the population of enslaved Americans had increased exponentially, and such legislative efforts as the Fugitive Slave Act and the Supreme Court's 1857 ruling in the Dred Scott case effectively voided any rights Black Americans held as enslaved or free people. As conditions deteriorated for African Americans, Black abolitionist leaders embraced violence as the only means of shocking Northerners out of their apathy and instigating an antislavery war.

Through rousing public speeches, the bourgeoning Black press, and the formation of militia groups, Black abolitionist leaders mobilized their communities, compelled national action, and drew international attention. Drawing on the precedent and pathos of the American and Haitian Revolutions, African American abolitionists used violence as a political language and a means of provoking social change. Through tactical violence, argues Carter Jackson, Black abolitionist leaders accomplished what White nonviolent abolitionists could not: creating the conditions that necessitated the Civil War.

What listeners say about Force and Freedom