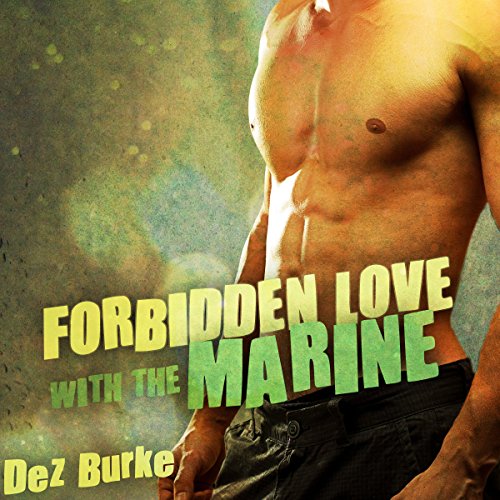 Forbidden Love with the Marine

Forbidden Love with the Marine

If you liked Claimed by the Marine by Dez Burke you'll love this new hot love story!

Olivia Kirkland had a body made for sin and Ivan had known that she was going to be trouble ever since she'd started to bloom before his very eyes years before.

Her father, Martin Kirkland, had been like a father figure to Ivan ever since his parents were killed when he was sixteen. Now that he was home from his latest Marine mission, the last thing he wanted to do was jeopardize the one thing that meant anything to him apart from his life as a Marine - his family. Yes, Olivia was practically his family, and he could never think of anything more happening between them.

But Olivia had other ideas. She'd been in love with Ivan ever since she knew what the word meant. And even if it meant seducing him, she was going to find a way to make her every desire come to life in his arms.

Warning: This story contains sizzling hot romance between a young black woman and a steamy hot Marine. Some scenes may be too hot to handle!

Author's Note: Pour yourself a big glass of ice water before you read Chapter 7. You'll need it! I'm just saying...

I really like Dez Burke quirky little stories. This one is about a marine who is in love with a close family friend's daughter. He grew up with her and now she is all hot and she wants him too. He is trying to do the right thing and stay away, but she keeps getting into trouble and run to him for help. He helps her alright! Such a cute story. Well worth the credit or a buy because it is fairly cheap.

It was an ok read for me. very steamy but still an ok read. probably won't recommend the book.

I love the interracial couple aspect with a black woman and white man.these are the types of relationships that I am usually in and it's great to see a black woman portrayed as the beautiful leadwhat the handsomestrong maleby her side.it is extremely hard to find books such as this. I am happy that I've stumbled across thisnovel and I hope tosee additionaltitles that address thistype of romance.this book was not only tantalizing but it was alsoa tearjerker that pulled at my Heartstrings.my only wish is that this novel was longer with a deeper dive into the plot in their love story.please give me more more more!

I would love to have a strong,sexy,alpha, honorable man like Ivan!! Love that was building up for year and destined to happen.