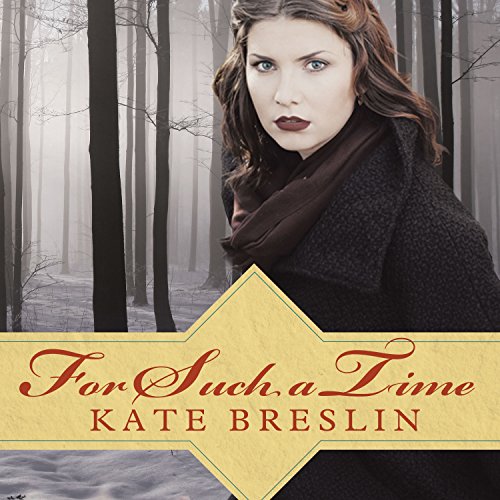 In 1944, blonde and blue-eyed Jewess Hadassah Benjamin feels abandoned by God when she is saved from a firing squad only to be handed over to a new enemy. Pressed into service by SS Kommandant Colonel Aric von Schmidt at the transit camp of Theresienstadt in Czechoslovakia, she is able to hide behind the false identity of Stella Muller. However, in order to survive and maintain her cover as Aric's secretary, she is forced to stand by as her own people are sent to Auschwitz. Suspecting that her employer is a man of hidden depths and sympathies, Stella cautiously appeals to him on behalf of those in the camp. Aric's compassion gives her hope, and she finds herself battling a growing attraction for this man she knows she should despise as an enemy.

Stella pours herself into her efforts to keep even some of the camp's prisoners safe, but she risks the revelation of her true identity with every attempt. When her bravery brings her to the point of the ultimate sacrifice, she has only her faith to lean upon. Perhaps God has placed her there for such a time as this, but how can she save her people when she is unable to save herself?

"The atrocities of Nazi Germany come alive in this heart-rending tale of love, loss, and redemption." ( Library Journal)

What listeners say about For Such a Time

A romance between and nazi and a Jew is just wrong. It is unacceptable what they did and to make a Jew fall in love with a nazi is disgusting. It was also very dramatic at very turn I thought someone was going to die.

I read this book to see for myself what the controversy was all about. This story was so poorly constructed (and I imagine researched) that it wasn’t so much an outrage as it was just silly. Every cliche was thrown in and only served to underscore the shallow characters and the laughably implausible plot.

it's fiction but it makes you wonder what love there could've been, even brought me to tears

A riveting story. The style left a cliffhanger at the end of each chapter. Truly a surprise ending. I don't know which was the happiest moment, Captain Hermann's death or the surprise ending. My God given path of Guardian makes me lean toward Hermann's death, yet I am torn between the two. Kate is a classmate of mine and I love her work dearly.

Nice WWII parallel to the story of Esther

The breathy heroine's voice got on my last nerve at times. I thought the ending was going to be disappointing but it actually wrapped up nicely (despite too much breathy drama by the narrator). It was a good one-time listen for me.

A story about a Jewish lady rescued by a Nazi commander. I found this story of rescue and survival in an awful period of time to be thrilling. Each chapter had me gripped with all the twists and turns not knowing where the story would go next. I found it hard to stop listening and I would recommend.