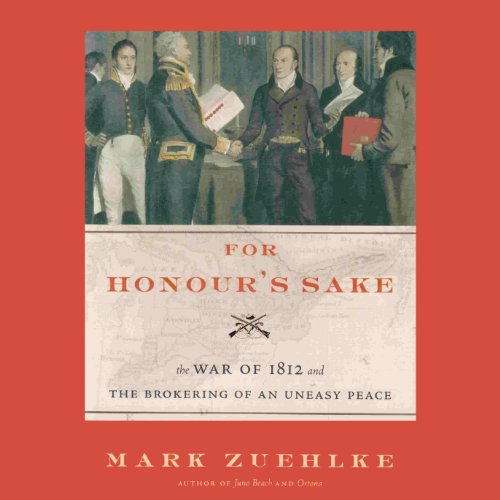 In the tradition of Margaret MacMillan’s Paris 1919 comes a new consideration of Canada’s most famous war and the Treaty of Ghent that unsatisfactorily concluded it, from one of this country’s premier military historians.

In the Canadian imagination, the War of 1812 looms large. It was a war in which British and Indian troops prevailed in almost all of the battles, in which the Americans were unable to hold any of the land they fought for, in which a young woman named Laura Secord raced over the Niagara peninsula to warn of American plans for attack (though how she knew has never been discovered), and in which Canadian troops burned down the White House.

Competing American claims insist to this day that, in fact, it was they who were triumphant. But where does the truth lie? Somewhere in the middle, as is revealed in this major new reconsideration from one of Canada’s master historians. Drawing on never-before-seen archival material, Zuehlke paints a vibrant picture of the war’s major battles, vividly re-creating life in the trenches, the horrifying day-to-day maneuvering on land and sea, and the dramatic negotiations in the Flemish city of Ghent that brought the war to an unsatisfactory end for both sides.

By focusing on the fraught dispute in which British and American diplomats quarrelled as much amongst themselves as with their adversaries, Zuehlke conjures the compromises and backroom deals that yielded conventions resonating in relations between the United States and Canada to this very day.

What listeners say about For Honour's Sake