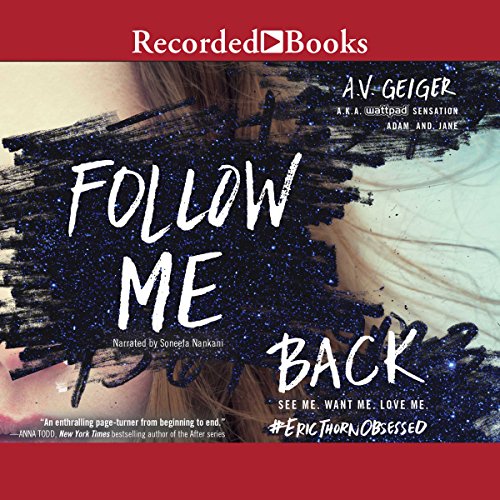 By: A. V. Geiger
Narrated by: Soneela Nankani
Free with 30-day trial

There's a fine line between fandom and obsession in this debut from Wattpad superstar A. V. Geiger.

Tessa Hart's agoraphobia means she doesn't interact with many people - except for the online fandom of pop sensation Eric Thorn. She knows it sounds crazy, but he's the only one who seems to understand her, even though they've never met.

Held prisoner by his contract and sick of his creepily obsessive fans, Eric creates a fake Twitter account to mess with one of his biggest followers, @TessaHeartsEric. Instead they form a bond via Twitter that neither could have imagined. But when the two arrange to meet in real life, what should have made for the world's best episode of Catfish turns deadly.

I loved this book right up untill the end, obviously I won't post a spoiler and you can decide for yourself but I was not happy with the ending.
But as I said great book.

Loved it. not your classic love story

it was such a different kind of love story. I loved it. the ending is such a twist. OMG!

What made the experience of listening to Follow Me Back the most enjoyable?

I enjoyed the story and how it made the characters come to life. It goes to show that even celebrities who seem to have it all...don't.