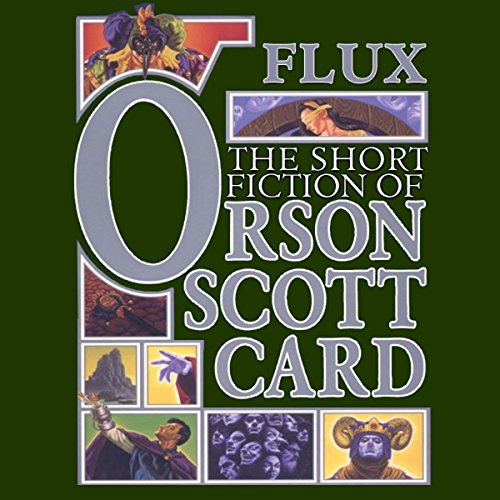 This second volume of Orson Scott Card's five-volume anthology of short stories features seven tales exploring possible future scenarios for the human race. A fascistic government's capital punishment extends beyond death. Intellectually superior aliens from a doomed world choose Earth's dogs as their new vessels. Not-quite-human beings on an Earth wasted by biological warfare continuously fight an enemy which has long been annihilated. These and other possible fates may be discovered in this collection, which includes: "A Thousand Details", "Clap Hands and Sing", "Dogwalker", "But We Try Not to Act Like It", "I Put My Blue Genes On", "In the Doghouse", and "The Originist. Card" includes background commentaries for each story in his afterwords and introductions.

This collection by one of science fiction's most revered authors portrays seven tales of possible fates for the human race and the inner struggles of characters exploring their hidden selves.
"One of the genre's most convincing storytellers. An important volume; for most libraries." ( Library Journal)
"Definitive....A series of introductions and afterwords offering Card's thoughts on his life and his writing are as absorbing as the stories." ( Publishers Weekly)

What listeners say about Flux

I might start by saying that I OSC is my favorite writer of all time. There are seven stories, an Intro and an afterword. In the afterword Card explains why he wrote each and every story. This is a practice started by Piers Anthony and this is where Card previously has said he got the idea. As someone who loves books I really appreciate these insights. The first Story A Thousand Deaths is an excellent story. It is a thought driven story that explores what would happen if you could torture someone by killing them over and over. Warning: this is so gruesome that Mrs Card has never been able to read it. There are four more stories that are above average and two that are just average. The two that are average are one Card's attempt at cyber-punk and the other is a Foundation Story. Unfortunately the foundation story is the longest. It is interesting that in the afterword he says that he does not like cyber-punk and that he does not believe others should write in other authors universes. He should have kept to his guns on that. On the other hand Card's average is usually better then most authors best.

I had heard 1000 deaths years ago at someone's recommendation and only now thought to read the rest of the book. I enjoyed it, for the most part. All except for the originist which unfortunately runs on for the last 3 chapters. Over all still worth it.

some stories were good, some were not.
It's nice to have a story that only takes 2 hours to listen to. But, you lose detail and depth of a good novel.