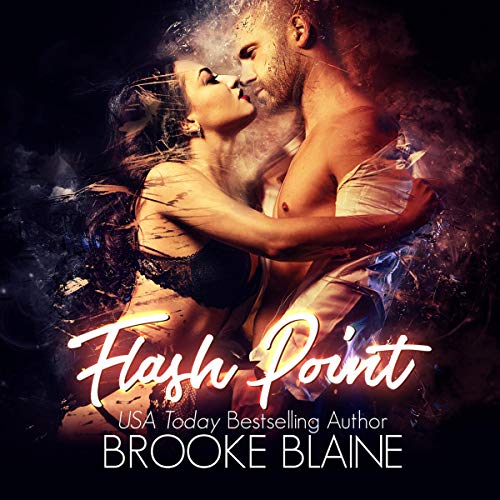 A sexy fireball who pushes every button ex-SEAL Jason Garrett has? That was not listed on the dossier he received when he was assigned as one of her bodyguards. The last thing he ever expected was that his tempting client would prove to be more sinful and dangerous than those he’s protecting her from.

It’s been five years since a family tragedy tilted her world off its axis, and Katherine Shaw still relives the nightmares of that night. She escaped. The danger should’ve been over. But she couldn’t have been more wrong.

When her father, a prominent Justice, receives a chilling death threat, her past comes hurtling into her present, along with Jason, the unshakeable protector her body can’t seem to ignore.

Their attraction would be forbidden even under the best circumstances. But as the threat draws near, the tension between the two of them rises, culminating in an explosive flashpoint that will blindside them both.

What listeners say about Flash Point

This was a slow burn that took a bit for me to really get into. Halfway through I was totally invested. I initially bought this book because Connor Crais was a narrator. #narratormotivated... New to me narrators Luci Christian and Wesley Paul were great through out the book as the two main narrators. New to me Author Brooke Blaine told a great story with a wicked twist!

Whew. Good and steamy! I love reading but when you get the RIGHT narrators it’s like a whole new story! Love it and the Author!!

WoW I did not see it coming!!!

My very first read and listen from Ms. Blaine. Romantic suspense is not my go to genre. I chose this book due to narrator Connor Crais and I was pleasantly surprised that I enjoyed this book a lot. This was cleverly written that I did not see the twist in the end. The book left me wanting more and I hope we will get to have more bonus epilogue to know a little more from Jason and Katherine's future together. All three narrators Luci Christian, Wesley Paul and Connor Crais did a great job narrating these characters.