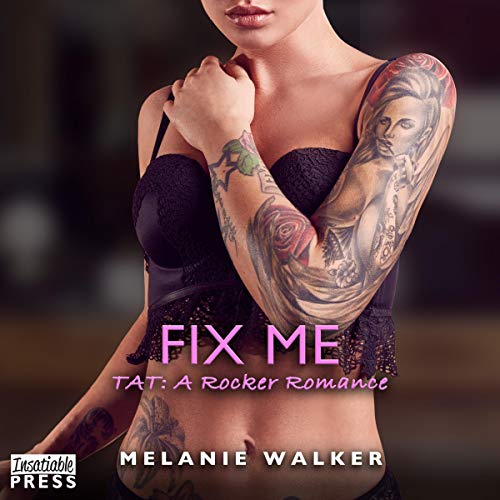 Fix Me is the seventh audiobook in the Tat: A Rocker Romance series but was made to be listened to as a stand-alone for those who don’t want to listen to the first six.

This audiobook is intended for adults 18-plus years due to graphic violence, rape, and graphic sexual content. Sensitive listeners should be warned.

Cal Dorian is the lead guitarist for the number one rock band in the world, Thick as Thieves. He is no stranger to getting his ass kicked by love. Then, the girl he loved as a teenager, the same one he threw away as a rock star, is the one who holds him up when his life crashes around him.

Jenny Pope is used to being the black smudge in Cal’s world. Her mistakes and addictions made her the one thing he hated most. Then, after entering his life again as a strong, self-assured sober Jen, she is faced with who he was and who he is now.

When the truth of their past makes it to the surface, will they be able to survive the pain they caused?

What listeners say about Fix Me