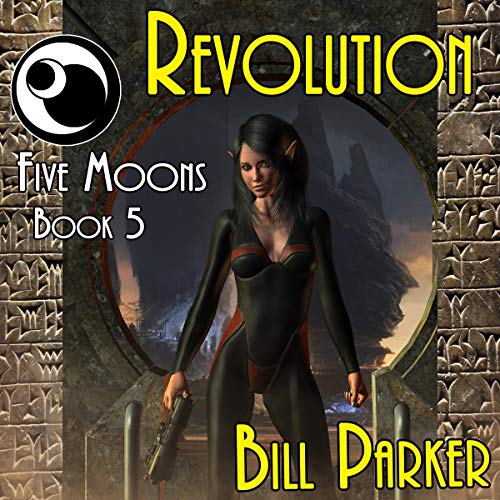 My own people, Anoza not humans, came in the night to kill me, to kill my unborn child, to finish an ancient evil. Only Dallas Blake, wounded and bleeding, stood against them, but he did. It was all that we could do to just fight for our very lives, but that was not the end of it. The evil ones had kidnapped my father.

How much worse could this get? To rescue my father, the five moons would be pitted against unknown forces with technology a million years more advanced. A whole Merc rebellion was coming to a boil out beyond the Seven Pillars, right where the five moons needed to go. It was led by Dallas' arch nemesis, Sarsen Tabbot. And then we would have to cross the Great Rift into unknown Anoza space.

But the five moons is more than just a starship. It is the nexus of fates. It chose each one of us for a reason. Its last choice could blow this whole thing wide open.