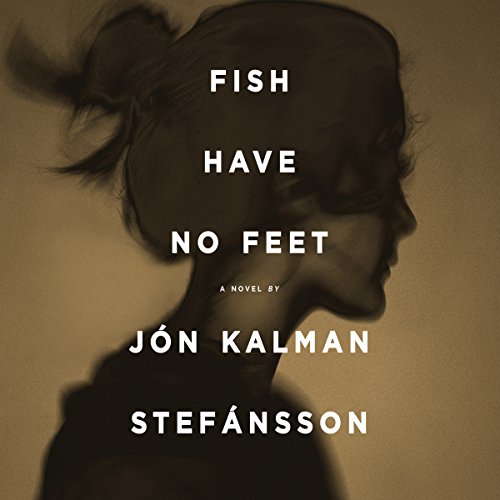 Fish Have No Feet

Keflavik: a town that has been called the darkest place in Iceland, surrounded by black lava fields, hemmed in by a sea that may not be fished. Its livelihood depends entirely on a US military base, a conduit for American influences that shaped Icelandic culture and ethics from the 1950s to the dawning of the new millennium.

It is to Keflavik that Ari - a writer and publisher - returns from Copenhagen at the behest of his dying father, two years after walking out on his wife and children. He is beset by memories of his youth, spent (or misspent) listening to Pink Floyd and the Beatles, fraternising with American servicemen - who are regarded by the locals with a mixture of admiration and contempt - and discovering girls. There is one girl in particular he could never forget. Her fate has stayed with him all his life.

Lost in grief and nostalgia, he is also caught up in the story of how his grandparents fell in love in Nordfjordur on the eastern coast, a fishing village a world away from modern Keflavik, at a time when the old ways still held sway. Their tragic love affair unfolded against the backdrop of Iceland's harsh nature and unforgiving elements.

Fish Have No Feet is at once the story of a singular family and an epic of Icelandic history and culture. It offers a unique insight into modern Iceland and the ways in which it has been shaped by outside influences. A sparkling novel of love, pain, loss and lifelong desire that marries the poetic, elemental style of Heaven and Hell, The Sorrow of Angels and The Heart of Man to a modern frame of reference and sensibility.

What listeners say about Fish Have No Feet

It is a deeply touching book, and Saul Reichlin brings it to life so beautifully and touchingly that I just want to start it over right after finishing it.

Beautifully and strongly recounted tale of Iceland from the 70s to today. You feel the backdrop if an island nation shifting from fishermen and farmers, ancient practices like fish drying on open racks to boys jumping on American soldiers lorries, to boys becoming men, women stoically enduring terrible hardships and the injustices they had to put up with. The reader had an extraordinary capacity to take us into another world - the voices of children, women, old men, middle aged beer drinking friends all spanning many years of the story. A powerful and evocative story.