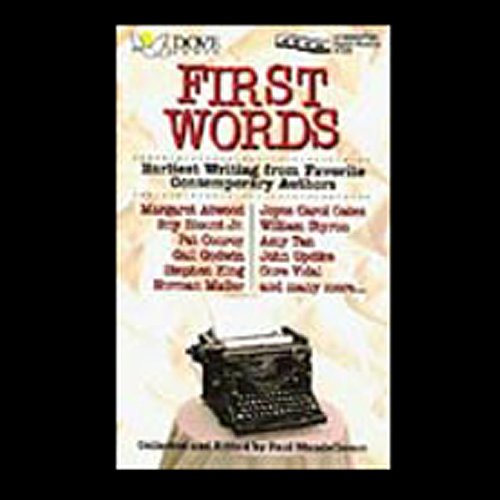 Most kids write stories. Only a few of them grow up to be successful authors. But before there was Carrie, there was Johnathan and the Witchs. And before there was Rabbit Angstrom, Toyota Dealer, there was Manuel Cirarro, famous detective. Could we have seen the seeds of success in Stephen King's and John Updike's juvenilia? Here is a funny and surprisingly informative gathering of childhood creations by today's most celebrated writers - those who are amused by and happy to share their own early efforts.

These young writers are the same people who now dominate the best seller lists and occupy the most celebrate spots on bookshelves in our stores, libraries and homes.

What listeners say about First Words