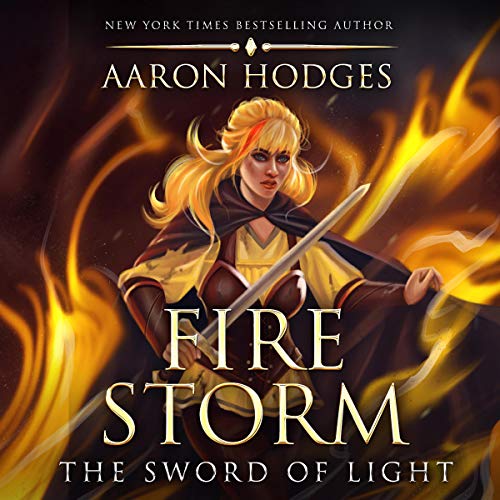 *The Gods have fallen. The Three Nations are in chaos. Archon is coming.*

Enala is surrounded, trapped on the blood-soaked sands of Malevolent Cove. Desperate and alone, she faces the sky, watching as the Gold dragons circle. Yet it is not the beasts she fears – but the men and woman encircling her. They promise their protection, but they are only words, and she has already lost everything to betrayal. Swamped by grief, she teeters on the edge of madness.

Meanwhile, Eric is close to mastering the curse of his magic. The perilous force writhes within him, desperate for freedom, but he refuses to bend to its will. Instead, he is determined to wield it for good, to right the wrongs of his past.

What listeners say about Firestorm