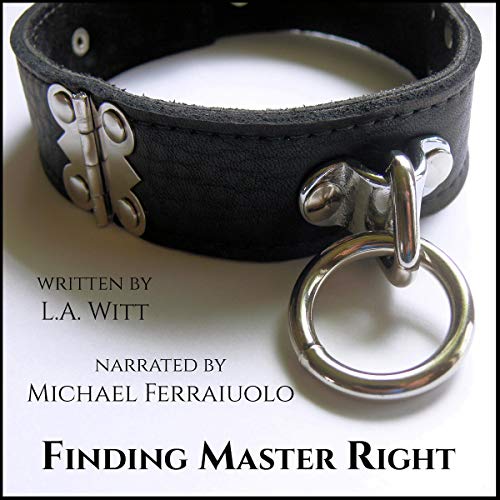 Chase has just arrived at a much anticipated leather convention, and he’s about to lose his mind. Not only is his ex attending, but Chase is also rooming with Derek, a submissive he’s been dying to top. Although Derek is in search of a Dom, he made it painfully clear when the two of them hooked up for a very hot - but very vanilla - night just before the convention that he wasn’t interested in submitting to Chase.

Derek isn’t stupid. No matter how desperate he is to submit to Chase, he wants no part of a rebound relationship. As long as Chase is still pining after the sub who broke his heart a few months ago, Derek’s keeping him at arm’s length. Besides, there’s another Dom at this convention, the gorgeous Master Raul, who Derek is determined to attract.

But when Chase and Derek are confronted with all their kinks, from ropes to leather, bondage to flogging - not to mention each other - they can only ignore their mutual attraction for so long.

The story lens is set to close focus: a misstep between long time friends, a kink convention, and a stewpot of conflicting emotions sets the stage for a character driven story that steams so hot I suggest you keep your ice maker on overdrive and a hanky nearby to wipe the sweat (and tears) away.
What sets this story apart is how the author creates dramatic tension between the MCs - trust me... it's unique, it's effective and it's oh-so-right, and Michael Ferraiuolo's masterful performance elevates this to earphone-melting heights.
L.A. Witt and Michael Ferraiuolo are a match made in audiobook heaven.

All I want from a book is to be lost in a good story for a few hours and this one ticks that box. 😊

Would I listen to it again: yes
Did the story keep me engaged: yes
Was I invested in the characters: yes

Story comment: Likeable characters, good story and has a nice easy pace. No big drama to drive a wedge between the two MC's just enough jealousy to make them come to their senses.

Michael Ferraiuolo is among my favorite narrators and I thoroughly enjoyed his performance of Finding Master Right. I had no problem distinguishing characters and the rhythm, inflections and intonations all worked to bring the book to life.