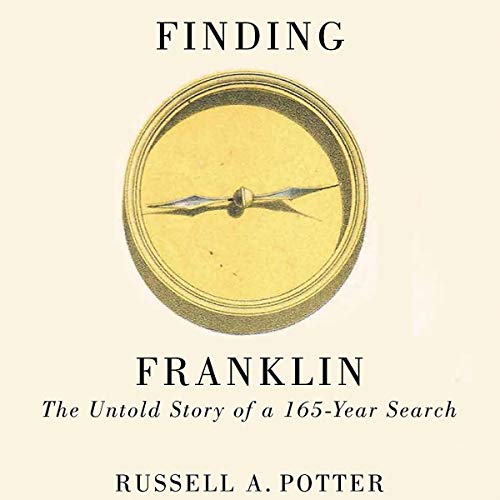 By: Russell A. Potter
Narrated by: Gary L. Willprecht

In 2014, media around the world buzzed with news that an archaeological team from Parks Canada had located and identified the wreck of HMS Erebus, the flagship of Sir John Franklin’s lost expedition to find the Northwest Passage.

Finding Franklin outlines the larger story and the cast of detectives from every walk of life that led to the discovery, solving one of the Arctic’s greatest mysteries. In compelling and accessible prose, Russell Potter details his decades of work alongside key figures in the era of modern searches for the expedition and elucidates how shared research and ideas have led to a fuller understanding of the Franklin crew’s final months. Finding Franklin recounts the more than 50 searches for traces of his ships and crew and the dedicated, often obsessive, men and women who embarked on them. Potter discusses the crucial role that Inuit oral accounts, often cited but rarely understood, played in all of these searches, and continue to play to this day, and offers historical and cultural context to the contemporary debates over the significance of Franklin’s achievement. While examination of HMS Erebus will undoubtedly reveal further details of this mystery, Finding Franklin assembles the stories behind the myth and illuminates what is ultimately a remarkable decades-long discovery.

"With ambitious scope and profound depth...this seamless blend of research and captivating storytelling showcases the curiosity, frailty, and endurance of the human spirit." (Publisher’s Weekly)