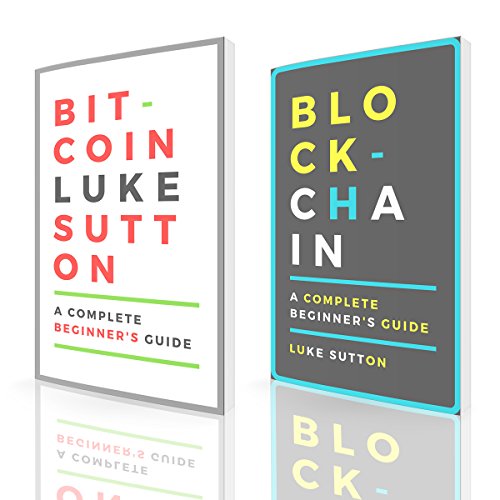 What are the tricks and secrets to being a great bitcoin trader? The answers to this all-important question are not farfetched. The book Bitcoin Trading: A Beginner's Guide offers rare insights into this vital subject matter relating to financial independence. This exception audiobook presents a worthwhile exploration into the intricate but profitable world of bitcoin trading through an explicit analysis of the nitty-gritty as well as expounding on its modus operandi to better educate traders and investors alike on the best possible ways to minimize their risks while, at the same time, rewards are being maximized.

Bitcoin emerged in 2009 as the creation of a person under the pseudonym Satoshi Nakamoto. It became the world's first fully operational, decentralized, peer-to-peer digital currency system. Being decentralized intrinsically means being self-organizing, a phenomenon in which local individuals achieve global goals without central planning or influence. Although decentralized systems can be found in nature, the concept is not easy to grasp in its monetary context, as we are so used to the voice of central governments and financial institutions orchestrating our economic lives.

A very disorganized rambling incomplete mess. Reads like a high school exam essay. Better off visiting a few websites, watching some Andreas Antonopoulis videos, or any other bevvy of free resources.

Everyone should read it!

Excellent overview of Bitcoin or Block chain and why everyone should buy it and hold it indefinitely. This is an excellent book and a deeper plunge into the philosophy behind bitcoin.

A book every educated person must read!

It is my first time to rate a book, if you want to know more about bitcoin and how does it work, read it, you will not regret.

This set of audio books gives a great overview of the history of money, leading up to why bitcoin is so important for the world. Before you start getting into bitcoin or buying any other 'crypto', you need to read this book so that you have a solid foundation of the economics of money and why bitcoin is important as well as understanding the difference between bitcoin and all of it's competitors.

The most important book you'll ever read. It explains the most important tool society has to accumulate and pass on wealth. If you bought bitcoin and have no idea what it is, you should read this book.

A must read if you want to understand Bitcoin or B

This is one of the most important books you'll ever read about money and crypto. I strongly recommend to anyone interested in Bitcoin or crypto in general.

This set of audio books thoroughly explains why a Bitcoin and blockchain will usher in a new era of prosperity for the world. The sooner you read, the better.

Excellent, well written overview of blockchains and bitcoin, their underlying technology and potential applications. Recommended to anyone looking for a quick blockchain or bitcoin primer.

This set of audio books is great if you are new to the cryptocurrency & blockchain world. It's gives you a great understanding of how it works, why it works, and the down falls. Recommend this book to anybody wanting to understand the tecnology.

A beginners guide is all it is

Ok, it does state a beginners guide, and if you are new to the technology its probably ok. I only have a very basic knowledge of Bitcoin or Blockchain but being in IT none of the information in this book was new to me. I do have the advantage that I know the basics, but for me it did not go into any detail. How is the bitcoin algorithm calculated, why is there only 21 million coins, whats the format of the blockchain, how does the linked list work etc.

Yes if your not in IT and want to know about this stuff, then I guess this book is very useful, but if you already have a basic knowledge and want to delve deeper then a more detailed analysis is advised.