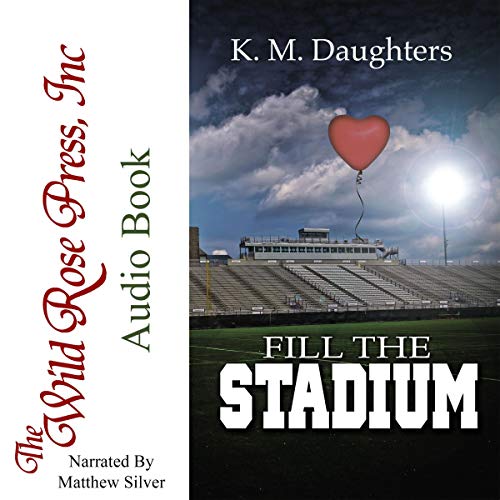 Nikki Lambert’s husband purposely stalls his truck in the path of the midnight freight on the same day her eldest son, Jack, is diagnosed with a rare genetic disorder.

Injured NFL quarterback Ramsey Delaney is benched from his starting position, leaving him ample time for more hands-on involvement in The Good Sports Club, a community center he established where Nikki’s sons, Jack and Rocky, are enrolled.

Jack’s deteriorating motor skills concern Ram’s employees, who bar Jack from attending the club without Ram’s knowledge. Nikki wants nothing but normalcy for Jack, and she heatedly confronts Ram for depriving her son of a beloved activity. Ram immediately reinstates Jack, forging the fateful bond between Nikki and her boys’ number-one sports hero.

Ram is instantly attracted to Nikki. He wants to win her heart more than he’s ever wanted to win a game. But after her husband’s terrible abandonment, will Nikki trust Ram’s motives and open her heart to love again?

What listeners say about Fill the Stadium

Wow, grab the tissues and be prepared for a heartwarming but also heartbreaking ride with this story! Jack and Rocky both stole my heart. Jack is so courageous throughout the story and is so amazing with his little brother Rocky. Rocky adores Jack and is always there to support him in every way. Nikki is an amazing mother and it is so heartbreaking to see what she has to go through after her husband’s death in order to support her family. Ram is a God send to their family and it is wonderful to see the relationships that develop with him and the Lambert family. It was interesting to learn about a disease I knew nothing about and so heartbreaking to learn how it affects so many little boys. This was truly a beautiful story and Matt Silver did a wonderful job narrating. I am really hoping the authors are planning a sequel as it would be nice to know how this family does on their journey. This is definitely a book everyone should listen to!

A heartfelt story of a single mom with 2 boys. The eldest is diagnosed with a terminal illness (ALF). The rather somber story with a sweet romance is touching and can bring on tears.

Matt Silver does an adequate job narrating. He starts out rather roughly but improves through the story. Chapter 9 is all wacked up but story is clear again starting in Chapter 10. Unfortunately that is as also the chapter about ALF.

This entire book is narrated including other reviews, publishing information act, this is very annoying.

I was given a Audible copy of this story in exchange for a honest review.