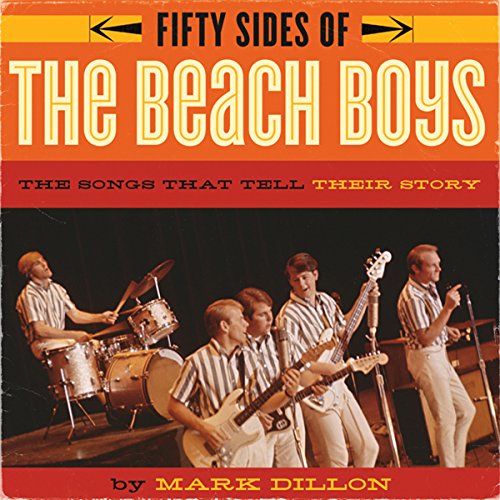 Fifty Sides of the Beach Boys

Reflecting on the Beach Boys' long, fascinating history, this book tells the story behind 50 of the band’s greatest songs from the perspective of group members, collaborators, fellow musicians, and notable fans. It is filled with new interviews with music legends such as Brian Wilson, Mike Love, Alan Jardine, Bruce Johnston, David Marks, Blondie Chaplin, Randy Bachman, Roger McGuinn, John Sebastian, Lyle Lovett, Alice Cooper, and Al Kooper, and commentary from a younger generation such as Matthew Sweet, Carnie Wilson, Daniel Lanois, Cameron Crowe, and Zooey Deschanel. Even hardcore fans will be delighted by the breadth of this musical-history volume.

Plans for celebrating the golden anniversary of "America’s band" included the long-awaited release of 1967’s Smile - the most famous aborted album in rock history - and concerts reuniting the group’s three main surviving members. The band's music is as influential now as it was 50 years ago, and this retelling of how the iconic rock group found itself in the annals of pop culture couldn't come at a better time.

What listeners say about Fifty Sides of the Beach Boys

Ironically, it was one of the interviews that Mr. Dillon confesses he could not acquire that says it all, to paraphrase, "we're getting away from Beach Boys Q&As." I'll give credit to Dillon for telling us not only who he did interview, but more importantly who declined. That's honest and Dillon is obviously a huge fan, but fandom is not nearly enough to save the book. The idea seemed a good one, tell us some insider details about some of their songs, but once again, Dillon was honest and told us which songs did not make the cut and frustratedly, most of my favorite songs could not be in the book. I got very annoyed with his recollections of other books and of other interviews, not very original and quite boring. Dillon has a good voice for narration, smooth and even, but it felt rushed and never nuanced or enthusiastic. I really wanted this book to work, but it simply does not.

When the principal member dies in a band, it's very sad and tragic and the great ones know when to bury the band with the member. Kurt Cobain and Freddy Mercury of Nirvana and Queen respectively immediately come to mind. When they died, the surviving members allowed Nirvana and Queen to cease to exist. The Beach Boys survived the death of Dennis in 1983, but for me the band ceased to exist in 1998 with Carl's tragic end by cancer. Brian Wilson is still around, but he moved on personally and professionally, the rest of the cut and paste meaningless pseudo-BB bands should do the same.

Only for the true fan

Love the Beach Boys and like the author spent many years listening to snippets of Smile. I liked this book and as I was listening, stopped to hear the tracks as I went along. There are some very good stories here and a lot of things I didn't know about.

However it's really only for the fan and you'll be disappointed if you purchase this expecting anything other than the stories behind 50 songs.