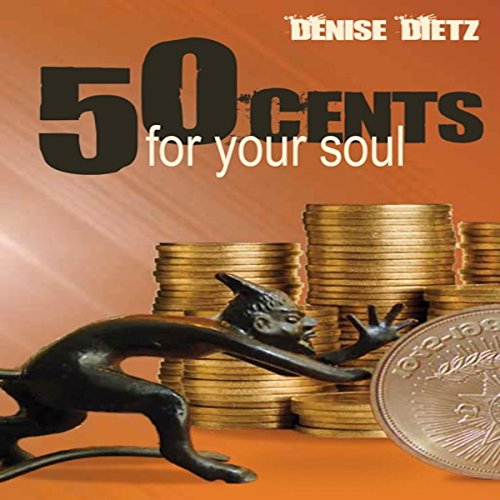 Fifty Cents for Your Soul

Frannie Rosen's psychic mentions a brilliant future, but she never tells the relatively straight-laced and naive Frannie that she will be possessed by a promiscuous, stage-struck doppelganger. All Frannie wants is an Oscar-winning role, a “to die for” role. What she gets is far more than that, especially when she's cast in a horror film about a demonic possession, directed by the legendary Victor Madison. While being piloted by Madison, Frannie is also orchestrated by a doppelganger/demon. She has been “chosen” for her role, and there is more involved than a doppelganger's dream of stardom! Victor Madison, womanizer and director is universally and deservedly hated, yet unexpectedly irresistible to Frannie. His murder surprises no one but Frannie. HIs killer is a surprise to everyone but Frannie. But then, only Frannie is faced with disembodied voices, psychic predictions gone truly insane, and an innocence threatened by a reality she knows cannot be real.

The author's sister worked on The Exorcist, inspiring this story.

What listeners say about Fifty Cents for Your Soul