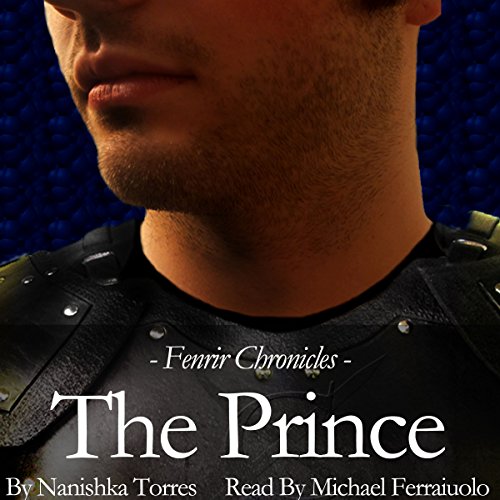 In the realm of Fenrir, the royal family reigns with peace and justice. Science and reason are the driving forces behind every diplomatic decision. Religion is not allowed in the political arena. Most people respect that decree. The radically religious group known as Staxeons do not.

Prince Callum is diplomatic. That is until Staxeons kidnap the man he loves. Then he will do anything required to make sure he is returned safely. That includes seeking the help of the enemy.

The world knows what Fenrir's prince is capable of. The Staxeons are about to learn firsthand.

What listeners say about Fenrir Chronicles: The Prince

This is quite the little gem. I loved everything about this book, the story, the performance, everything. It is hard to review this without giving spoilers. The description blurb really doesn’t do justice to the story. Yes, Cal and Lorkin (sp?) are an established couple and Lorkin is kidnapped by a group of religious zealots. But that is just a part of the bigger conflict to come. The story takes place in an AU that is contemporary (they have cars and cell phones) but also fantasy with villages and people with “super powers;” it is really awesome. Discovering the “oh sh*t” and “no he didn’t” moments are half the appeal of this story. It includes a number of POVs, including a really delicious Scottish brogue from the captain of the guard. I also love that this is not your traditional royal family, as the Queen is also a bad ass when called for; think crown with a machine gun. The final battle scene reminds me of an X-men or Avengers movie.

I wouldn’t classify this as a “romance” story, but an action adventure story with a romantic thread running throughout. Also, there is no sex in this story. I hope we get Cal and Lorkin’s back story at some point. I REALLY hope the Chronicles continue, preferably in audio with this narrator, but I would buy the e books as well. Also be warned, although this story is mostly resolved by the end and we get a HEA for the couple, Book 2 is previewed as a cliff hanger at the end. I can’t wait to read it and find out what is happening with the couple.

The narrator puts in a fantastic performance. I have listened to a few books by him and have never been disappointed with his performance. If this was designed to peak a reader’s interest and demand more, mission accomplished!

Once you begin to read this book, it is hard to put down. It is so well written you feel whatever emotions the characters feel. You laugh, you cry, and you feel the love. The narrator, Mr. Ferraiuolo's interpretation of the characters is awesome in his usage of diverse voices and accents. The cliffhanger in this first book is riveting and leaves you wanting more. I can not wait for the second book to be published. Loved it.