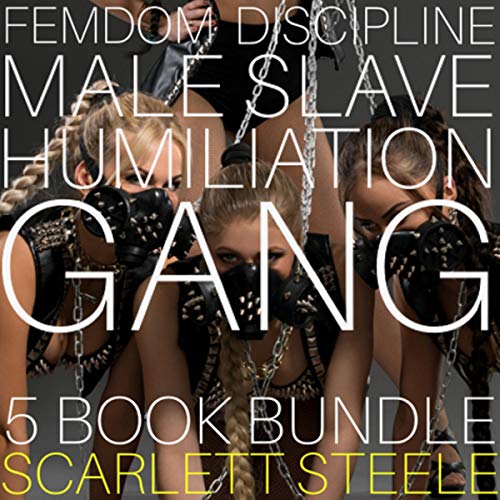 The sexy trio had thousands of followers...eager women who looked up to the seductive and dominant ways of the three females...and submissive men who were eager to live out their ultimate fantasy at the hands of the cruel and sexy band!

The infamous girls made sure their willing male submissive were teased, humiliated, and degraded on stage and in public.

This compilation contains all five parts of the Twisted B*tches series. Download now and listen to: