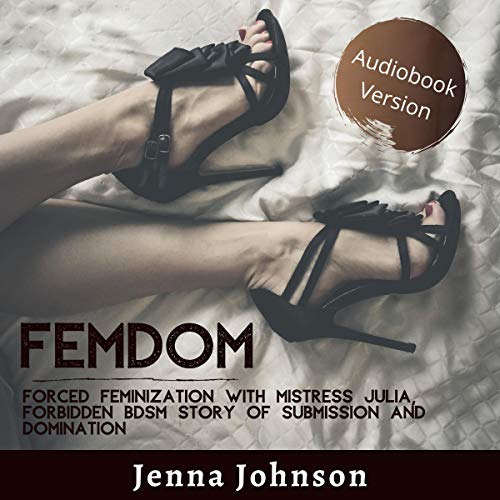 Vincent Landis is confident and good-looking. He usually gets what he wants, especially when it comes to women. But when a multi-million dollar deal goes wrong at work and he is left carrying the can for it, his boss calls in the only person he thinks can improve the situation and get it back on track.

Julia Pryce is just as confident, totally sassy, and a whole lot of sexy with it. The only problem is that she’s calling the shots, and Vince isn’t sure that he can handle that. Before long, the deal is back on track, but Julia isn’t finished with her understudy just yet. An offer, out of the blue, for something that Vince had never anticipated leaves him breathless, and foolishly, he turns her.

Vince can’t get the woman out of his head, however, and soon, he’s heading for Florida to track her down. But Julia Pryce isn’t the woman he expected. If she was confident in the boardroom and got her own way there, then it went 10 times that in the bedroom. In it, she is truly the boss, and Vince is now in for an experience like never before.

But how will he cope? Is Julia someone he can have a long-term relationship with, or is she just a power hungry domme?

This is the type of stuff that turns me one.

This is the book that I have been searching for!

This is the book that I have been searching for! As they worked through eveything together, One of the best book I found.So anyone can bye this book for mind changing.

Much appreciated creator. Insights are unique and turn me perceive deeply. This book is best for us. Valuable data pressed in such a perfect book.

Basically marriage counseling. life changable book. I have changed my lifestyle by the suggestion of the great author. So nice!

This Book was full of informative information.

This Book was full of informative information. It was very easy to listen and understand.I appreciate the information about the content. Thanks author for this great book. I highly recommended this book.

This has become one of my favorite books

This has become one of my favorite books in a short period of time, and it has given me a new way to perceive the world around me.lease, if you are considering listening this book but are 'on the fence' about it because of the people saying negative things about it, just listen it.

Thuis author is a great author,

Thuis author is a great author, and the way this book is format makes it educational, entertaining, and compelling, all at the same time. I wouldn't necessarily recommend it to every single person in the world, because it is not for the faint of heart;

This books in particular and The help complete you

This books in particular and The help complete your personal technique arsenal for effective defense and offense.Puts politics in the work place into perspective. Although I may not exercise every law, the understanding of the some laws allows me to defend against manipulation.

I found this valuable guide from Amazon.

I found this valuable guide from Amazon. I am learning so much from the book. I'm going to put the best rating on this guidebook. I highly recommend this book to anyone.

This book is for the worthy reveal.

This book is for the worthy reveal. Get the ability to access on this theme deeply.Thanks for the author for this excellent book. Perfect Book.!

This book inspires me to continue.

This book inspires me to continue.This is the book that I have been searching for! Insights are unique and turn me perceive deeply. Worth to listen!!!

I really appreciate this book.

I really appreciate this book. Valuable data pressed in such a perfect book.If you want to learn more so this book perfect for you.This book remarkable. Highly recommend!

This is an excellent book

This is an excellent book with ideas on how to motivate people I work with to make changes in their lives. The book has great relevance in working with groups not only as theory, but with ideas for group topics. This is a highly recommended book by me!!!

Having listen this book for research

Having listen this book for research in helping a loved one in my life I found a great deal of valuable information that I shall use to improve my own well being to a higher level than I already gratefully have. Thanks to the author and may the universe reward you in abundance.

This book brought impressive achievements. This is so great book and I so love on how it was taken. Too simple however it gives us a great understanding.This is a really good book. i loved this book. it is outstanding book. Include valuable information!

I've never heard before an audiobook like this, it left me feeling emotions that I've never felt and wondering if this is all true. I wish this was longer.

I like these first person kinds of stories that seem quite realistic. My only gripe is that it wasn't enough. I want more like this and much longer. Other than that this was a truly spectacular well done audio book.