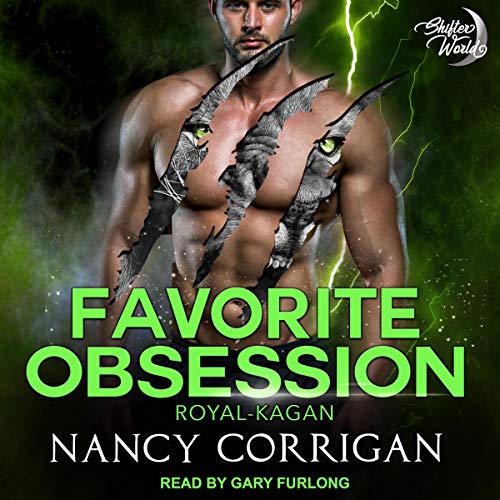 Forbidden is in the eye of the beholder.

A prophecy turned Mira into the ultimate prize. Now every shifter male wants to father her children. But there's only one man she desires: The human male who's captured her heart.

Forbidden love is dangerous. And oh-so tempting. Mira understands the risks. But she can't stop touching Josh either....

Humans living in the shifter world are expected to follow their rules. Josh Conway would rather make his own. And Mira belongs to him.

Nothing will stop him from claiming her. Not the shifters trying to steal her away. Not their antiquated traditions. And not the divine prediction of the heavens.

Mira is his true mate. And he'll die to prove it.

What listeners say about Favorite Obsession

This is book 3 of the series, and if I had listened to this one as a standalone, I wouldnt have bothered with the rest. I have already bought the next 2 so fingers crossed. so what spoilt it for me was the intimacy scenes, they were the lion share of the book. if that floats your boat you will like this. the other 2 at least had a strong story this could have been so much,more than it was....disappointing