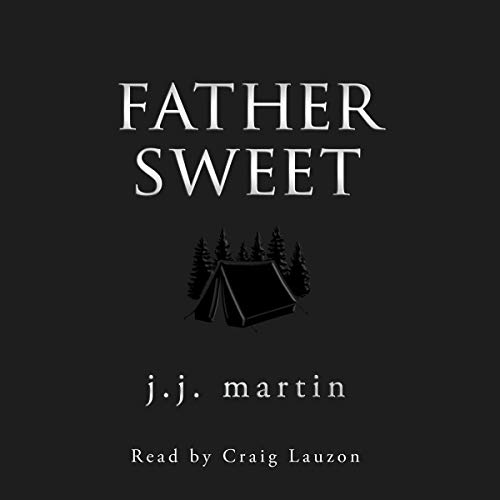 A shocking tale of secrets, guilt, and clerical child abuse.

“God has made you special, but I will show you how to have an extraordinary life. Show you true love, as God intended for our kind.”

It’s 1978. Blackburn Hamlet is a typical suburban village in eastern Ontario. In this vibrant Catholic community, life revolves around family and church. Then the safe comfort of both is destroyed by the arrival of a predator priest.

When charismatic Father Sweet invites his new favorite altar boy on a camping trip, the boy’s parents insist he go. Trapped in the woods, the boy struggles to evade the priest’s sexual advances. But Father Sweet forces him to make an impossible choice.

Twenty-five years later, he is lost, broken, and angry. His father’s death reveals secrets that spur the man to relive his own past. Desiring justice and in need of healing, he discovers, in a daring rescue mission, a way to achieve both.

What listeners say about Father Sweet

Father Sweet by J.J. Martin has just been released in audiobook format and I gave it a try. I am very glad that I did. This is not a book for the faint of heart or for those looking for a mystery or a pure non fiction novel.

This is a story about a young boy who’s life is turned upside down after his parrents send him on a camping trip with a Catholic Priest, that instead of being an inspiration for the 12 years old kid, he transforms into the spawn of Satan… What follow are a few terrifying days an events that were very hard to listen to. Manipulation, sex abuse, shaming, the stuff of pure evil…

Set in Canada, the story is split into three parts, the first opens in 1978 with our main character and his brother living a regular life. They are happy, they spend time in the woods, connecting with nature, even building a treehouse. But, after the camping trip, the, yet unnamed, main character is depressed and shuts himself out. The action jumps to 2003 and we observe the ruin brought upon the now fully grown man by those days in the mountains with the predatory Priest… But, there are more surprises in the future and things could take a turn for the better…

Father Sweet is a drama, a heartwrenching novel about clerical child abuse, dark secrets and about the guilt with which these children are forced to live with, some of them for as long as their entire lives. Yes, this is Fiction, but it is inspired by things that happened in real life. The sexual scandals surrounding the Catholic Church are no longer a secret and this book puts a spotlight on the subject.

Beautifully writen, filled with vivid characters, descriptions and events, Father Sweet was an illuminating, eye-opening and unputdownable listen. It is clear from the begining that this was a work of love for the author and I congratulate him for taking the time to record the intro and outro himself.