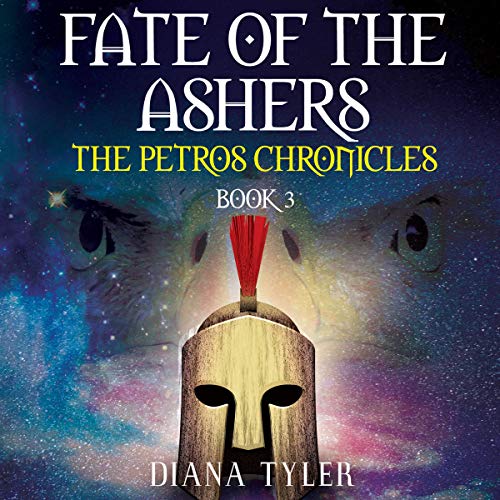 Fate of the Ashers

They thought the war was over, but it was only just beginning....

One month after Chloe’s victory over Mania, everything seems back to normal. Actually, it’s better than normal. For one thing, her parents are alive, tensions between she and her brother, Damian, have eased, more Ashers exist, and she and Ethan are more than fellow former fugitives - they’re a couple.

But things take a downward spiral when Mount Aetna, a volcano thought to be extinct, erupts in Petros’ capital. Soon, what initially seemed like nothing more than a a natural disaster proves to be a sign of an imminent supernatural threat. The Olympian gods of old, heretofore chained in Tartarus, have been freed by the sea nymph Eione and will do everything in their limitless power to bring the Ashers down.

Chloe and Damian’s cousin Hector is a dejected high school student who, as an only child, is hopeful his 18th birthday will bring him a life-changing doma. When he outruns the track team’s fastest sprinter, he’s certain his days as a benchwarmer are over. Little does he know that Ares, one of the most merciless and bloodthirsty gods, has taken notice of his power, a power Hector has barely tapped into.

Kidnapped and whisked off to Mount Olympus, Hector soon finds that being an Asher isn’t so great after all. Compelled by threats from the entire pantheon, he’s forced to embark upon a mission that will destroy every Asher and ensure the gods regain their former glory.

When Athena, goddess of wisdom, informs Chloe and the others of Zeus’ plan, they plan a daring counterattack: time travel back to heaven, before Petros was created, and thwart the rebels’ revolt against the all-powerful. It’s two Ashers against an army of ruthless, power-hungry immortals who together possess an endless arsenal of deadly superpowers. How hard can it be?

Full of twists and turns and thrilling surprises, this final audiobook in the Petros Chronicles is a riveting fantasy adventure for lovers of Greek mythology.

What listeners say about Fate of the Ashers