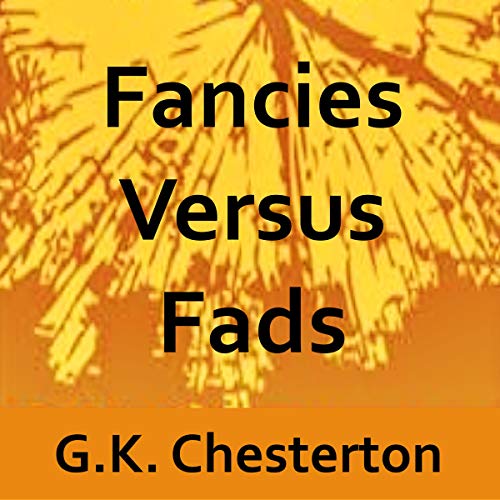 This collection of short essays by G.K. Chesterton is as applicable in 2020 as it was when it was written in 1923 during the first "Progressive Era". He saves his most subtle and cutting humor for commentary to skewer his favorite targets: feminists, vegetarians, modernists, journalists, social reformers, psychologists, and "sophisticated" people in general.

Essays included in this collection:

What listeners say about Fancies Versus Fads

Great prose ruined by a lisp.

Why would anyone who pronounces all of their S's like F's, ever, _ever_ think it a good idea to put out a book on audible.

I am especially irked at myself because I neglected to listen to the sample before I wasted my money on this abortion.

Hopefully at some point I will be able to buy the print version of this booklet in order that I may wash the "found of fo many effeff from my brain," and that, after only "liffening" to the introduction and half of the "firft" chapter.