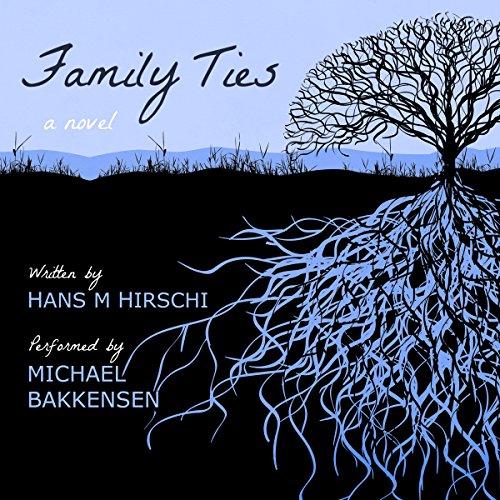 The next 24 hours may be the most important in Sascha Meyer's life. Returning with his husband Dan and their twin boys to the village of his youth to bury his mother, he'll confront more than feelings of grief and loss at her funeral. His strained relationship with his brother Mike, who is struggling in his own marriage, and the far-reaching influence of his late parents can't be ignored any longer. While he finds his way as a husband, brother, and father, Sascha must uncover the courage to challenge the demons of his youth, while Mike must fight for his marriage. But what of Dan's own secrets? Will they threaten to unravel the already fragile bond of Sascha's growing family?

What listeners say about Family Ties

It's refreshing to read a novel about gay life that is more than just dance clubs and sex. Sascha tries to balance his new life raising two children with his husband when his mother unexpectedly dies, and they have to travel overseas (back home for Sascha) to attend the funeral and deal with the family business. Both Sascha and Dan are confronted with painful memories of their past that help them create a new future.

This is a beautiful story about families coming together with a beautiful, if bittersweet, ending.

Mr. Hirschi always writes emotional, moving books that have a core of realism to them that somehow makes everything more intense. I have yet to read a book by him that I did not enjoy. He regularly reduces me to tears--both happy and painful.

This book is trademark Hirschi. The performance of this book was stellar and made me feel as if I was there, dealing with troublesome family and grief as if I were Sascha. Well worth the listen. Beautiful.

A compelling story of Family, Love and Secrets

I read Family Ties awhile ago and looked forward to listening to it. I love the way Hans M Hirschi sets the story over the two days but gives so much of the Characters history through the thoughts, feelings and the differing points of view each character has. Brothers Sascha and Mike's mother died and during the difficult time around the funeral secrets and fears come to the surface and are dealt with strengthening not only the brothers relationship but the relationship each brother has with their partner. Although there are a lot Of hard issues issues covered, infidelity, rape, poor parenting, bullying, Alzheimer's. there are also a lot of positive the joy of being new parents and positive parenting, building on relationships and deeper understanding and acceptance in the family.

Each short chapter is quite involved and whilst reading I give my full attention it is not always the case with audio. I found this is definitely a book to listen to when there are minimal distractions to be able fully enjoy it. And I will certainly be listening to it again probably many times.

It's the first time I listened to Michael Bakkensen and I really enjoyed his narration.