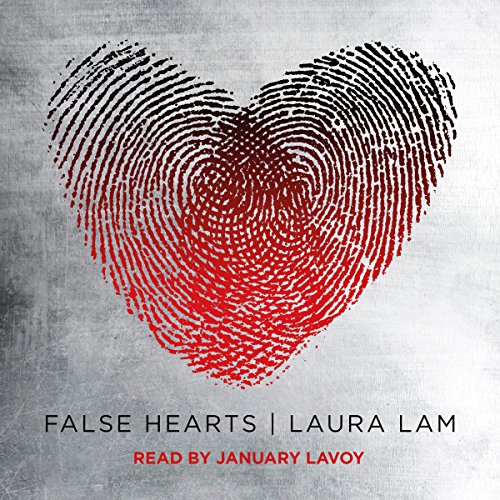 To save her twin, she must take her identity.

One night Tila stumbles home, terrified and covered in blood. She's then arrested for murder, the first by a civilian in decades. The San Francisco police suspect involvement with Verve, a powerful drug, and offer her twin sister, Taema, a chilling deal. Taema must assume Tila's identity and gather information to bring down the drug syndicate. The police may then let her sister live. However, Taema's investigation raises ghosts from the twins' past.

The sisters were raised by a cult which banned modern medicine - yet as conjoined twins, they needed lifesaving surgery to replace their failing heart. And with help from coconspirators, they escaped. Taema now discovers that Tila had found links between the cult and the city's criminal underworld. The twins were once unable to keep secrets but will learn the true cost of lies.

What listeners say about False Hearts

False hearts creates a believable dystopia of cutie America. It twists and turns, switching narrator between sisters. Shows excellent character development, good ethical considerations and I love that the main driving motivation is sisterhood, though there is some romance. Less queer than Laura Lams other novels but does normalize same sex relationships. Very enjoyable escapism holiday read

I usually can't read sci-fi or futuristic stories because I have a hard time with the imagery. This one is the exception. I could envision everything, thanks to the wonderful descriptions from the author and beautiful narrative of January. I loved this book!

Action packed sci-fi, lovely voice, amazing world of shared dreams, I listened through this book too fast, and I want a sequel now.

A nicely slow starting story, moving to gripping . Thank you Laura Lam for the journey.