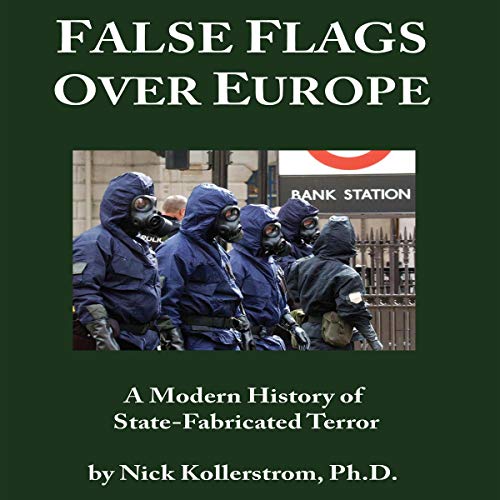 You need to know that, in the 21st century, the military fabricates terror events to scare the populace into increasing their budget. This practice has only assumed center stage in recent times, since the 9/11 event. These events consolidate right-wing government and are used to demonize an innocent party which receives the blame, usually Muslims.

This audiobook surveys such events in Europe. They follow on from the great progenitor event of 9/11, which was not what it appeared to be. These events are theatrical. Their purpose is eternal war, just like George Orwell predicted.

Here, we analyze 14 of these big "terror" spectaculars. This is, alas, the main art form of the 21st century, often using crisis actors to fool you.

What listeners say about False Flags over Europe