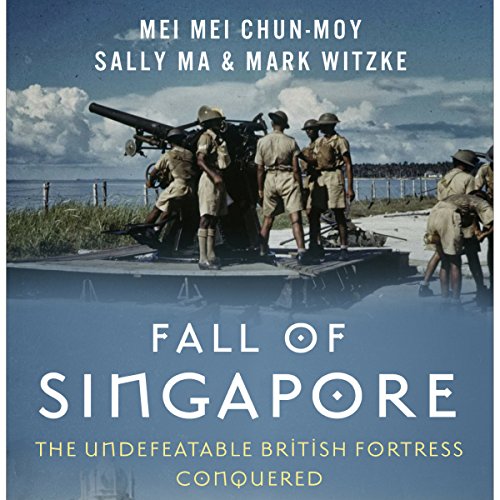 The fall of Singapore is the greatest defeat of the British empire in the Pacific.

On February 15, 1942, the British surrendered to the Imperial Japanese Army and handed over Singapore and surrounding Malaya countries. The conflict began on December 8, 1941, when Japanese forces bombed Singapore and continued to make their way through the treacherous Malayan jungle. British Prime Minister Winston Churchill stated during the attack, “the worst disaster and the largest capitulation in British history”. Singaporeans were immediately ordered to come in for questioning after the Imperial Japanese Army took over. During the interview, their homes were looted and destroyed by the Kempeitai, the secret Japanese police.

During the occupation, there were many tragedies. An example is the Sook Ching Massacre. Sook Ching Massacre, literally meaning “purge through cleansing”, began on February 21, 1942. The mass murder of Singapore residents ages 18 to 50, was targeted at eradicating anti-Japanese sentiments. Victims of the massacre were either Chinese, suspected of being pro-Chinese, anti-Japanese, or Communist. Men and women were questioned and if found guilty, they were taken to one of Singapore’s beaches and murdered. The death toll shows less than 5,000 according to the official Japanese record, while Singaporean officials claim the number of victims was at least 50,000.

"Fall of Singapore makes a laudable effort to shine a spotlight on the gruesome details of the Japanese military conquest of British Singapore in 1942 and the ensuing atrocities against the local Chinese population. It makes captivating use of survivor memoirs that bear witness to unspeakable suffering." (Dr. Franziska Seraphim, Associate Professor of History and Director of Asian Studies, Boston College)

What listeners say about Fall of Singapore: The Undefeatable British Fortress Conquered

Very brief and poorly narrated. Such an interesting historical event badly presented and narrated. Looking for a better book on the same subject.

The book is easy to grasp and listen to. Thanks to the author, for sharing information about Sally Ma clearly and easily. I believe this to be true even though the last few years have seen several great histories published on the battle. This is a great addition to any library on the Battle of Singapore!

The problem the British and other Commonwealth Troops had was they badly organized, badly lead, and had bad tactics. The thing I can say is this was hardly the first team as far as generals or soldiers for The British and Commonwealth Troops. There are a few British and Commonwealth Troops that fought well but they were the exception. The air force equipment was best a joke versus the equipment the Japanese were using. A zero fighter versus a buffalo fighter was mostly a suicide mission, the hurricane planes helped but they were to little and to late. The Royal Navy badly did not do itself a favor by sending The Prince of Wales and Repulse into battle without air cover. Running an air carrier abound was not helpful either.

How not to defend Singapore.

There is much to say about the author's review of the campaign and fall of Singapore. Having studied this time period myself the author Brian Farrell did an excellent and if you want the best audiobook on this campaign this it.

I have always wanted to know how such a catastrophic failure happened. The narration of this audio book is nice and appropriate to the topic, the narrator was able to narrate the stories nicely.

Appreciated this audiobook ! Extremely helpful data. It was an exceptionally simple tune in and gave point by point data, advantages and disadvantages of every alternative and accommodating assets. I likewise love the tone of this audiobook and the friendly way it was word. Would suggest!!

"I found this audiobook very enjoyable. I learnt a lot from it as I listen to it. The narration is superb and clear. "

A maker is just ready to be grateful when the writer can brighten an Audiobook very beautifully. Every expression of the Audiobook dazzled me. Interesting tidbits but too short of a book. It could definitely be expanded. Highly suggested this Audiobook for everybody. 🤗🤗

This book is amazing

This audiobook is super informative. I needed to download as much info as I could and I think that’s what this audiobook gave me.

Little is circulated about why the British lost the Malaya. Well, this book described it very well, the canons were pointed toward the water instead of jungle. Of course, the enemies would pick the least expected road. Have the British not read the art of war?