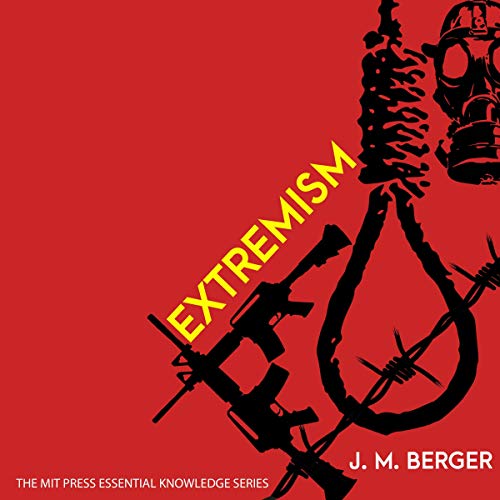 A rising tide of extremist movements threaten to destabilize civil societies around the globe. It has never been more important to understand extremism, yet the dictionary definition - a logical starting point in a search for understanding - tells us only that extremism is "the quality or state of being extreme". In this volume in the MIT Press Essential Knowledge series, J. M. Berger offers a nuanced introduction to extremist movements, explaining what extremism is, how extremist ideologies are constructed, and why extremism can escalate into violence.

Berger, an expert on extremist movements and terrorism, explains that extremism arises from a perception of "us versus them", intensified by the conviction that the success of "us" is inseparable from hostile acts against "them". Extremism differs from ordinary unpleasantness - run-of-the-mill hatred and racism - by its sweeping rationalization of an insistence on violence. Berger illustrates his argument with case studies and examples from around the world and throughout history, from the destruction of Carthage by the Romans - often called "the first genocide" - to the apocalyptic jihadism of Al Qaeda, America's new "alt-right", and the anti-Semitic conspiracy tract The Protocols of the Elders of Zion.

What listeners say about Extremism