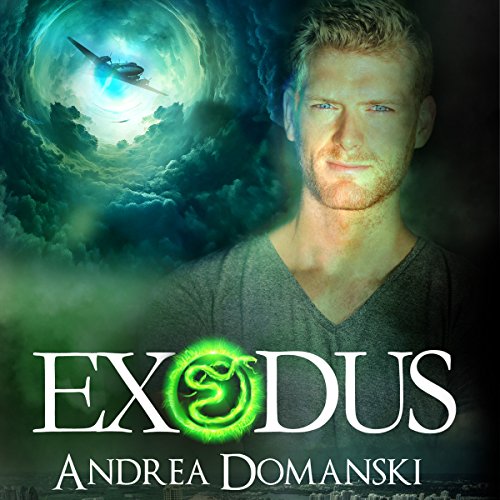 The desire for vengeance has existed since long before Greek gods ruled the realms, but it took the arrival of the modern age for it to be fulfilled.

Myrick Kerr, jovial Omega Group agent and last of the merpeople, hungers for a mission requiring his unique underwater abilities. Too bad all of his assignments are on dry land. When he's sent to investigate the sudden reappearance of ships lost in the Bermuda Triangle, he gets his wish.

In the depths of the infamous triangle, a wall created eons ago - separating this dimension from a supernatural prison - is failing. Once it's gone, the evil it was built to contain will escape into the world.

Now, Myrick must defeat a foe that even the gods can't kill, or mankind will face the same fate his people did - total annihilation.

What listeners say about Exodus

Best book of the series so far

I've enjoyed this series, but I think this book is my favorite so far. This story focuses on a Scottish merman, Myrick, who is the last of his clan. I may be a little biased because I LOVE, LOVE, LOVE the Scots, and apparently that even translates to books. His backstory was really gripping and heartbreaking. His character is fun and funny. I loved his interactions with everyone, but especially with Ellie. I also really enjoyed the Bermuda Triangle aspect, as that is something that has always fascinated me and made my imagination wander. I listened to the Audible audio version narrated by David Dietz. He was really great at giving each character a unique voice. My only complaint is that the females came across a bit too shrill when they got worked up (but I guess it was called for since the text refers to their "shrillness.") I loved his Scottish accent for Myrick's character. Overall, a really great listen.

This author does one heck of a job fleshing out her characters. I really enjoyed this story and the story line very much. I thought this was the last story in the series available at this time but What luck found another one, so I close to start the next in the series.