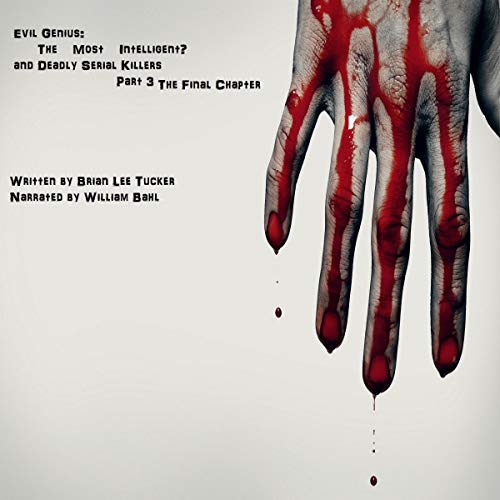 In shows like Criminal Minds and in the portrayal of the fictitious character Hannibal Lecter, we are confronted with the idea of the genius serial killer. He makes the perfect villain for our heroes to battle against in a plot that rises, falls, and then reaches a maddening peak as the hero and villain enter the final battle of wits, motive, and determination.

Does the genius serial killer really exist? Yes, but he is not as prolific as the media would have you believe. Out of thousands of serial killers, people who have committed three or more murders, there are the only a small handful of actual killer geniuses - and even those individuals aren't genius enough to elude capture indefinitely.

What listeners say about Evil Genius: The Most Intelligent? - and Deadly Serial Killers : Part 3 - Final Chapter