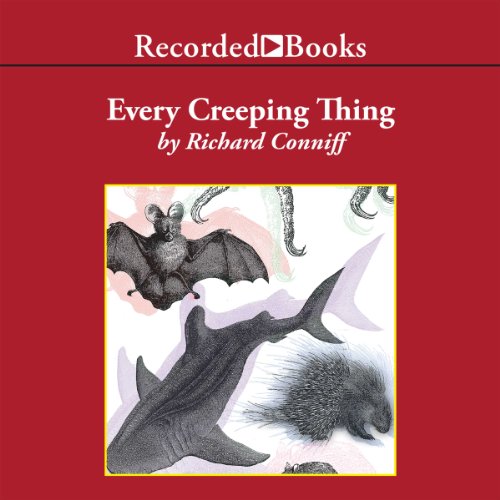 Popular natural history writer Richard Conniff received much acclaim for his earlier book, Spineless Wonders: Strange Tales from the Invertebrate World. In the same vein, Every Creeping Thing is a fascinating look at some of nature’s most misunderstood creatures.

Traveling the world over, Conniff shatters popular myths and shares extraordinary truths about unfairly maligned animals. For instance, little brown bats help curb mosquito numbers by eating one every six seconds. Despite a reputation as maneaters, sharks ignore all but two or so of the 20 million people who use Hawaiian beaches each year. And about once per week, the three-toed sloth - vicarious host to thousands of bugs - descends 100 feet from its perch to fastidiously relieve itself.

With his astute observations and sharp wit, Conniff astounds you one moment, only to have you laughing aloud the next. Richard M. Davidson’s lively narration captures all the wonder of this entertaining and informative book, allowing you to develop a new appreciation for these animals.

What listeners say about Every Creeping Thing