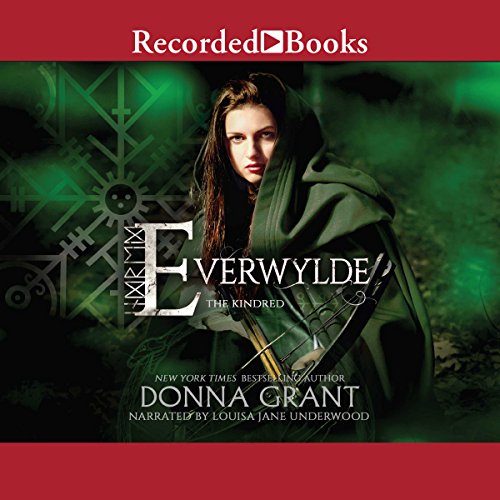 To live in the light, they hunt in the dark.

Strong-willed and cunning, Ravyn was taken in as a child by a group of witch Hunters who raised her to be the best of the best. When she receives word that the witch who murdered her mother and ripped apart her world is nearby, Ravyn begins her hunt. In her quest to locate the witch, she finds her hunt impeded again and again by a gorgeous and powerful man. But she won't be denied and intends to do whatever is necessary to complete her assignment. But the Coven is more dangerous than ever, and Ravyn may not be enough to thwart their latest endeavor.

Despite his bravery, Sir Carac is content to spend his days in the tavern when he's not leading his men. But when a skirmish breaks out that threatens the marquis' precious holdings, Carac is sent to the front lines to head off the attack. He suddenly finds his mission changed after he's approached by the most spirited and beautiful woman he has ever seen. But trust doesn't come easily to the spitfire, and his loyalties make it hard to do anything but follow orders. It's soon apparent that priceless antiquities are only the beginning of what they're fighting for - and what they stand to lose.

What listeners say about Everwylde

The narrator's British accent is awesome. She seems to have a nice range of voices.
These books are a bit different but I am liking them quite a bit. It takes a chapter or two to figure out what is going on but then your in for a wild ride. Give it a try if you like strong heroines.
Ravyn is one of the hunters like Leoma from the first book. She is after a witch with blonde hair that killed her whole family when she was four.
Carac is the leader of a group of mercenary fighters. He was hired by Sir John to fight in a battle with his neighbor over land. But something strange happens on the first day of fighting. Carac and Sir John's men come away with not one scratch while the other side lost most of his men. Sir John also has a blonde woman named Sybbyl with him that seems to be calling the shots.(Carac is a friend of Braiths)
Sybbyl is one of the coven witches. She is after an object of power that will put her in place to be on the elder witch council.
There are some secrets all sides are hiding. We learn a little more about the lady and her warlocks the Varroki.

Just Getting Into The Groove

I love this narrator, she does such a wonderful job with the voices, and accents. Louisa, the narrator, really pulls you into the story; so that you never want to miss a second it. I borrowed the first book from the library but I really think I would prefer to own it so that I can listen to it whenever. What a great idea for a series that Donna Grant has here. You really need to hold onto the seat because it's a fast moving, exciting experience.

Shoot, just shoot already! Raven gets my nomination for Biggest Ditherer in a leading role.

Ravyn and Carac's story is so moving! I love DG's imagination in pulling her stories together! This series reminds me so much of a few of her older series but that's a good thing!! can't wait to start on the next one!!

Donna Grant has a way with a love story that hooks you . Even though you know ...boy meets girl , girls loves boy , the twists and turns that happen keeps you wanting more .

Great 2nd book in the series.

This is the 2nd book in the Kindred series. It was just as awesome as the 1st. The battle between the Hunters and the Coven continues. Raven and Caric make a great team. Both are hiding their true identities for different reasons. They are both loyal and honorable and would do anything for the people they care about. As they fight the Coven they begin to realize they are falling in love with each other. Like all of Donna Grant's heroes, Caric is someone that I wish really existed.