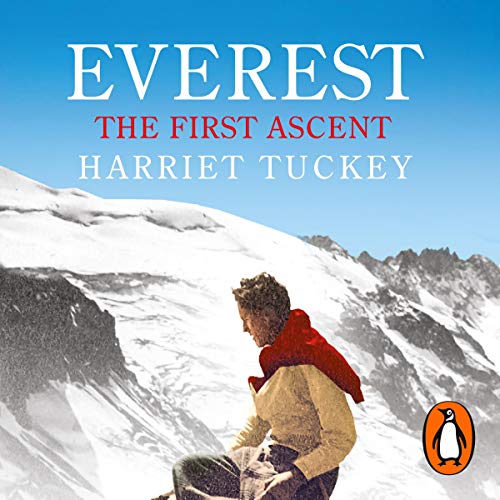 On 29 May, 1953, the summit of Mount Everest was finally reached. The achievement brought fame and honours to many involved - except the man who made the ascent possible.

Now, for the first time, drawing upon previously unseen diaries and letters, rare archive material and interviews, Everest - The First Ascent tells the remarkable story of Griffith Pugh, the forgotten team member whose scientific breakthroughs ensured the world’s highest mountain could be climbed.

A doctor and physiologist, Griffith Pugh revolutionised almost every aspect of British high-altitude mountaineering, transforming the climbers’ attitude to oxygen, the clothes they wore, their equipment, fluid intake, and acclimatisation. Yet, far from receiving the acclaim he was due, he was met with suspicion and ridicule. His scientific contributions were, quite simply, at odds with old-fashioned notions of derring-do and the gentlemanly amateurism that dogged the sport.

This insightful biography shows Pugh to be troubled, abrasive, yet brilliant. Eight years in the writing, closely researched, and told with unflinching honesty by Pugh’s daughter, Harriet Tuckey, Everest - The First Ascent is the compelling portrait of an unlikely hero.

What listeners say about Everest - The First Ascent

I like it a lot, glad I listened rather then read

The voice was what I imagined it would be. It jumped around a bit to much for me, tough at times.

a very different view of the accent of Everest

this tells the story of how science played a key role in the accent of Everest. also paints a different picture of Ed Hillary

Occasionally, I buy an audiobook because it strikes me as likely to be better value to me than buying the hardback. I got it wrong with this one! It is a superb story, really well told and utterly fascinating. When I'd finished listening, I went straight out and bought the hardback too.

This is a unique insight into Himalayan exploration and human physiology. Harriet Tuckey has a privileged viewpoint, being the daughter of the subject of the book, Griffith Pugh, and she has been able to do a super job of researching an amazing life.

A wonderful and honest story

Upon hearing an interview the gave on BBC Radio 6, I decided to purchase it. And I am glad that I did. Superbly narrated, it told the story of the author’s father. Of his great talents and and difficult character. And how she dealt with it. At the end it really moved me to tears and can recommend it.