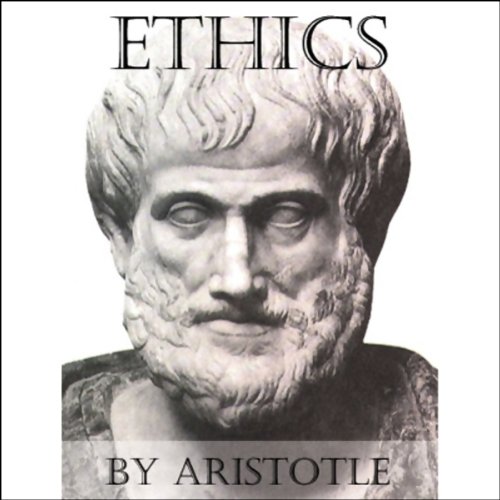 By: Aristotle
Narrated by: Jim Killavey

Ethics, also know as The Nicomachean Ethics after its first editor, Aristotle's son Nicomachus, begins with these words: "Every art and every inquiry...every action and pursuit, is thought to aim at some good."

The book is one of the most influential ethical treatises of all time. Written in 350 BC, it identifies happiness as life's goal. How do we achieve this goal? Not through the satisfactions that come from pleasure, wealth, or fame. According to Aristotle, the true path to happiness lies in contemplation of philosophic truth. This is the only action through which humans can exercise their distinctively unique trait: the ability to reason. Begin your own search for ultimate truth by listening to the complete text of this monumental work of Western philosophy.

This was not an easy book to listen to, but the narrator did an excellent job and it was worth the effort.

Would you consider the audio edition of Ethics to be better than the print version?

Probably not because the reader was very monotone and at times difficult not to find uninterested.

What other book might you compare Ethics to and why?

All historical works and ancient society and how new societies were formed in their image.

If you could give Ethics a new subtitle, what would it be?

Good book to get into especially if you want to further your understanding as to why society is how it is and possibly why it has become murky at best for humanity.

A Pearl in the Mouth of Swine

The reader. I don't know what style of reading this is but it sounds like someone reading a list of inventory:"But if the man acted under threat of _death,We would say he was _compelled,_Thus,He did not act on his _own."Where at the end of EVERY sequence the reader drops his voice. It is as if he were driving the sentence home, and then let of the gas after every few words. It is the style of reading the minister adopts when speaking at a funeral. It is difficult to detect Aristotle's sentence structure, and his meaning, under the heavy use of formalized speech pattern. The words above are my own. I don't mean to be making light of what Aristotle was saying, but I couldn't go back to find an example where the reader was especially tone-deaf.I don't hate Jim Killavey. I'm sure he is a nice guy. But after listening to him for several hours as he ham-fistedly chucks out the words of Aristotle like lifeless blocks of wood, I have started to develop a toxic buildup to his voice.At least he pronounces the words clearly. At least there is that.

Aristotle's Ethics has many highly useful insights that I will surely cherish for years to come. I'm almost fifty years old, yet this ancient book has expressed valuable life lessons and principles, in a manner that is clearer and more useful that most other books I have ever read.

There is a large amount of Aristotelian ideas that are missing from our modern diologues, and we suffer from it.

It takes some effort to ignore the reader's heavily stylized droning pace and tone.

The title of my review says it all. This book was just okay, I really didn't care too much for the narrator. I think the book would have made for a better read.

The reader for this book is the worst. Very hard to listen to.

A real must for everyone!

Easy to digest - although your understanding may change as you age, which is a good thing!