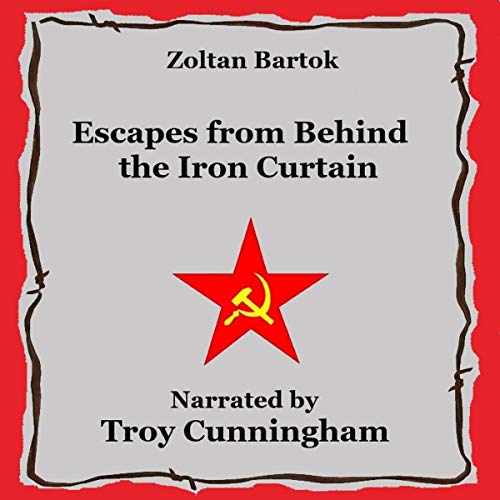 Escapes from Behind the Iron Curtain

The author was accused of sabotage on the 10th anniversary of the 1956 revolution. He was 17 years old. He tried to escape through the Hungarian-Yugoslav border with one of his classmates. Caught by border patrol, he was jailed and treated very badly. He barely survived the month-long ordeal. Stamped as an enemy of the state, he was taken to a labor camp at age 19. He had to do forced labor instead of regular military service. Against all odds, he was able to break free from the communist bloc at age 23. Of course, given the brainwashing his generation was subjected to, when he reached the Italian shore, swimming from Yugoslavia during a night in August of 1973, his quest for freedom was just beginning.

After spending six months in Italy, he was admitted to the US as a political refuge. In 1976, after the Communist governments signed the Human Rights Declaration at the 1975 Helsinki Conference, he believed that the amnesty the Hungarian government issued was credible and returned to his homeland. How he managed to free himself again, and survive the torture he had to endure when captured on the Yugoslav-Italian border in the fall of 1977, is also described in Escapes from Behind the Iron Curtain.

What listeners say about Escapes from Behind the Iron Curtain

Would you consider the audio edition of Escapes from Behind the Iron Curtain to be better than the print version?

I haven't read the print version.

What other book might you compare Escapes from Behind the Iron Curtain to and why?

I don't remember reading anything similar.

When the author finds shelter at Studio R in Italy, a gathering place for members of the Red Brigade.

Where employees of Italian Airlines rushed to help him so he would not miss the plane to New York, not even asking whether he had a passport or other valid documents.

A few people go through hell to achieve what we so casually take for granted. This author repeatedly risked his life to gain his freedom. Listening to his story made me realize that I would never want to live in a communist society.

I found Zoltan’s tale interesting but it wasn’t quite what I was expecting. It’s more about Zoltan’s life and reasons for wanting to escape rather than the actual escapes I think.
It was read well, but felt a bit bullet-pointed; I can’t say is that was the writing style or the narrator.
This is my honest opinion of a free review copy.