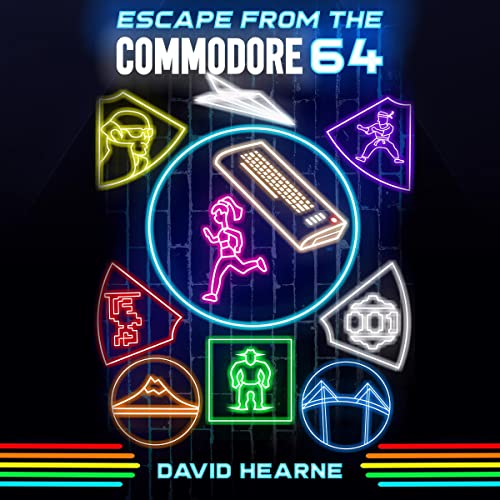 Escape from the Commodore 64

Growing up in the '80s is a chore for Sarah, who feels misunderstood by her parents and badgered by Rhys, her bothersome brother who incessantly prattles on about his treasured computer games.

When Rhys tells her one of the games tried to pull him inside the computer, she laughs off his fanciful fib. As if such a thing could happen! She waggles the joystick to disprove his fairytale and her smile dissolves as she is pulled into the computer. Sarah’s previous concerns are dwarfed by the ones she finds in this new virtual hell. Now trapped in games she’d never had any interest in playing, how can she possibly beat them?

With the help of feisty Nell, another trapped player, can Sarah find her way back home or is it game over? An evil madman, a hostile planet, bloodthirsty robots, a never-ending throng of karate experts and relentless digital soldiers will do their best to ensure Sarah never escapes.

What listeners say about Escape from the Commodore 64