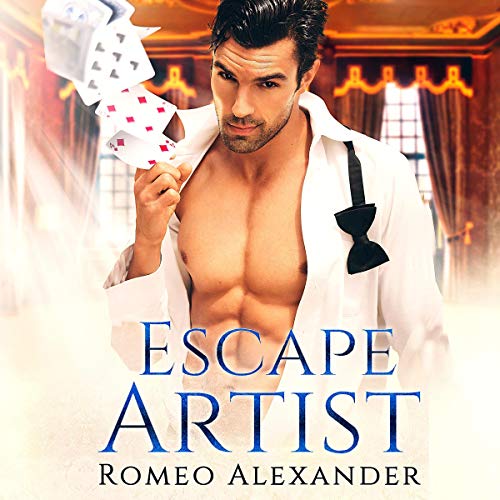 Welcome to the Silver City Hotel; a place where dreams are made, fortunes are lost, and hearts can be mended, stolen, or broken at a moment’s notice.

The only survivor of a deadly field accident that took the lives of his entire squad, Ricardo "Rico" Hernandez was left to pick up the pieces. The accident took everything from Rico, including his career and his lover of four years. But the tragedy gave Rico something he never could have expected: the uncanny ability to sense when two people are bound by fate to be soul mates.

Back in the civilian world, Rico finds comfort in the familiar routine of police work and makes a name for himself as a homicide detective with the Las Vegas Police Department.

A magician with something up his sleeve...

Jett Richards is the biggest name in magic on the Vegas strip. He’s been performing to sold-out crowds at the Silver City Hotel for months, and his star shows no sign of falling. Jett has all the fame and fortune he’s been working so hard to achieve, but when a man who has threatened to reveal all of Jett’s secrets turns up dead in the Silver City Hotel, everything changes in the blink of an eye.

With Rico on the case, he turns to Jett for answers and discovers Jett has more than a few secrets he’d rather keep hidden. But when the evidence all seems to lead nowhere and the victim pulling his own magic trick, Rico will have to put the pressure on Jett to prove his innocence.

Rico’s job becomes even more complicated when he realizes his new ability is signaling that Jett, his number-one suspect, is also his soul mate.

Check in, grab a cocktail, and place your bets. Escape Artist is a steamy m/m romance featuring a hardened cop and a master of sleight of hand who will do almost anything to protect what he holds dear.

What listeners say about Escape Artist

Would I listen to it again: yes Did the story keep me engaged: yes Was I invested in the characters: yes What did I like about the story? good murder mystery, characters are well developed with individual personalities and the story line was entertaining. A little slow to start, once we get to the Silver City Hotel and the scene of a murder, the pace picks up. Jett the resident magician at the hotel is Rico's prime suspect and according to Rico's "gift" his sole mate! Shenanigans happen on the way to solving he murder and proving opposites do attract. This book has better narration than Book 1, but I'm still on the fence with the narrator. The characters have each been given their own voices and the inflections are better, but at times the narration still feels robotic and a little flat and it's just not doing the story justice.

Well, I really liked this one. The mystery was well done, and my usual annoyance at insta-love was sidestepped by the soulmates thing :P The ending was truly filled with action and suspense, and I enjoyed all the aspects of the story dealing with magic and magicians. Lee Lovsett did a great job with the narration.

I bought this one (and it's predecessor) more due to the fact that it was on sale. The story had potential, however the writer did not appear too skilled in its presentation. I guessed at the perpetrator early in the listening (but to be fair, not the why or how) due more to the lack of depth in the story. The narration was likewise not up to the standards I have come to expect from Audible. His choice for the voices of several of the characters were... odd, to say the least. Several childish voices and others sounded almost robotic. After listening to two stories in this series, I am unlikely to get any other offerings from this author. I might try one more from the narrator though, from a story of a different author, just to see if it was the source material that had generated this uninspired performance.